Traditional crops and new innovations are offering farmers in the Himalayan region a way to deal with the challenges of climate change, but there is much work to be done for this to become a truly viable alternative 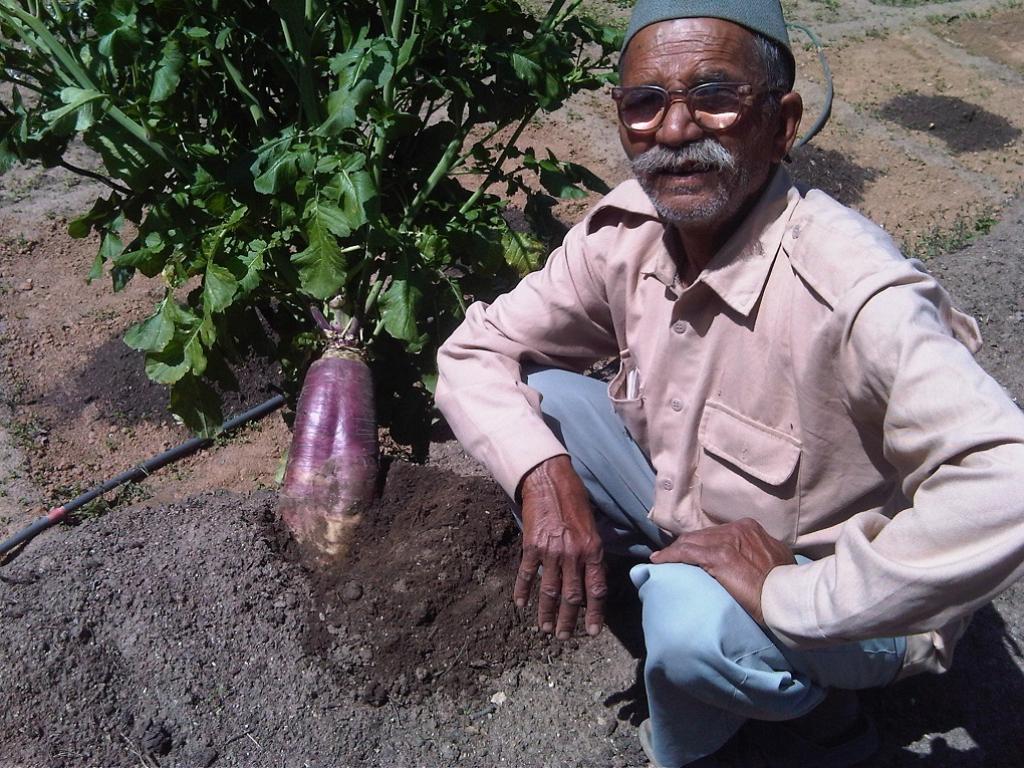 Climate change is making food production harder for communities in the Indian Himalayas. Over the past few decades, there have been significant changes including higher temperatures, lower rainfall and more extreme and unpredictable weather.

Making sure communities have the food they need is key. Not just in order to achieve the Sustainable Development Goals’ target of zero hunger, but to make sure the Himalayas can withstand the challenges created by climate change. This requires agricultural systems that sustain natural resources, biodiversity and traditional crop varieties that give options for adaptation.

The International Institute for Environment and Development (IIED) and its partners, Lok Chetna Manch in Ranikhet, Uttarakhand, and the Centre for Mountain Dynamics in Kalimpong, West Bengal, have been conducting participatory action-research  with a number of traditional farming villages.

These villages lie in the central Himalayas’ Almora district, and Lepcha and Limbu villages near Kalimpong in the eastern Himalayas. The research is part of an EU-funded project, Smallholder Innovation for Resilience (SIFOR), which is designed to understand and strengthen the role of traditional biodiverse farming in food security and climate adaptation.

Our new report, Smallholder Farming Systems in the Indian Himalayas, shows that farmers in the eastern and central Himalayas have experienced increasingly erratic rainfall, drought and floods, higher temperatures, and a rise in crop pests and diseases, leading to lower yields.

In the central Himalayas, the drop in rainfall is thought to have exacerbated forest degradation, leading to more crops being devastated by wild animals, especially wild boars. As a result, income from and interest in farming have declined and many young people are moving to urban areas for work. Although this is less pronounced in the more remote eastern Himalayan villages, issues including a rise in diseases, which is affecting cardamom and ginger crops, and prolonged dry periods have made life harder for communities.

But as our report shows, farmers in both regions are coming up with new – and old – ways to improve food security, climate resilience and incomes, while maintaining crop diversity. In the central Himalayas, this ranges from developing more intensive mixed cropping systems closer to homes to reduce their vulnerability to wild animals, to creating structures to harvest rainwater runoff to cope with water shortages.

Innovations of the old for the new

Farmers in the east have developed new cardamom cropping systems outside forests to avoid disease, and are changing when they plant and harvest paddy, millet and maize. They are dedicating more areas to perennial drought-tolerant crops such as broomstick grass and cardamom, which they are intercropping with food grains and vegetables. Broomstick grass, which was domesticated by farmers to reclaim degraded land after a major landslide in 1968, has become a key cash crop in the region.

In both regions, farmers have reintroduced or enhanced cultivation of resilient traditional crop varieties, such as millet and mustard. Communities have also started reviving dryland paddy, which is important for adapting to climate change. And farmers have developed new or improved crop varieties that have higher yields, and new bio-pesticides.

The innovations we identified were developed both individually by pioneering farmers, often women or older men, as well as collectively.

In Gallakot village, for example, we worked with women farmers who are planting trees to provide fodder while reducing the pressure on forests. They have also increased cultivation of finger millet, which is highly nutritious and sought after in markets and requires less water than rice and wheat.

And in the east, Raiman Rai, an 88-year-old farmer from Tandrabong village, tested and adapted a new potato cultivation technology that he obtained from a government farm. Now it has become a key cash crop.

In Gallakot, Dayanand Joshi crossed traditional and modern radish varieties and conducted experiments for six years to develop a new, high yielding variety called Dayakesari, which has become popular throughout the region. He also developed a new composting method, which increases the soil’s fertility and moisture, and a new, effective bio-pesticide as well as many new methods of cultivation that have increased vegetable yields.

Half of the innovations that we identified were developed using a combination of traditional knowledge and techniques gained from scientists or NGOs. They include updating traditional communal farming practices and a new system for pooling transport to get farm produce to markets in the eastern Himalayas.

The formalisation of innovations

As important as these developments are, it is equally crucial that the new and traditional crop varieties which these farmers have developed are formally registered. This is vital for protecting their intellectual property rights, including their rights to share in the benefits from their commercial use, and for encouraging further innovation and conserving local crop diversity.

Community seed banks have been established in both regions and are serving a critical need for farmers’ ability to access seeds and conserve threatened crop diversity. Many seeds that became extinct in certain areas have been brought in from other areas and are being revived, including dryland paddy, barley, corn, millet, lentils, spices and long-awned wheat, which has reduced animals raiding crops.

With the rise of extreme weather events, there is always the risk of crop failure. It is important that farmers exchange seed collections with formal institutions, such as the Indian Council of Agriculture Research’s local and regional research stations, while ensuring their intellectual property rights are respected.

Many traditional practices and technologies that have been revived or modified have proved to be pioneering and effective. But modernisation and cultural shifts are causing traditional knowledge and crop varieties to decline in both regions.

It is important that the scientific community recognises the crucial role that traditional farmers play and treats them as a peer group that has valuable local knowledge, rather than just being viewed as recipients of external scientific knowledge. Participatory action-research and plant breeding involving traditional farmers and scientists can generate new ideas and create links between ancestral and modern knowledge to confront climate change and other new challenges that mountains communities face.

Krystyna Swiderska is principal researcher in agriculture and biodiversity at the International Institute for Environment and Development (IIED), for more information, please see https://biocultural.iied.org/