Climate change can cause selenium deficiency in soil and humans 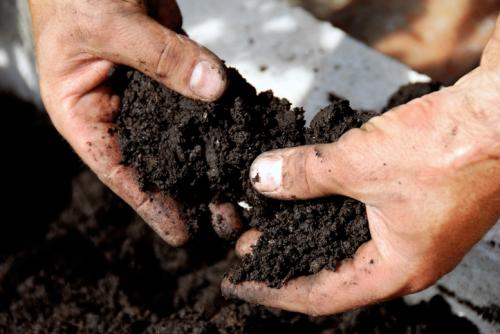 Predicting yet another implication of changing climate, a new study has claimed that human diet may be deficient of an essential micronutrient called selenium (Se) in the future. The report, published in journal Proceedings of the National Academy of Sciences, finds that quantity of the element will be depleted in soil, leading to lower uptake by plants and further, its reduction in our diet.

A team of researchers from Eawag, a research institute based in Switzerland, and five other institutes analysed already available data to model selenium concentration distribution globally. A total of 33,241 soil data points from 1980 to 1999 were used to look into the concentration of this micronutrient.

The team predicted the global Se-soil distributions scenario for 2080-2099. The overall effects are reduction of levels in Se in soil in most parts of the world. They also predict that it is likely that 66 per cent croplands will lose 8.7 per cent of their selenium amount.  These effects may be more pronounced in India and Europe. Both change in climate and soil carbon content dictate this forecast, according to researchers.

Insufficient selenium intake is estimated to affect one billion people worldwide. Selenium is required to make antioxidants and prevent cellular damage in the body. Other symptoms of its deficiency include hypothyroidism, including extreme fatigue, mental slowing, goiter, mental retardation, and miscarriages. Exposure to high concentration of Se is also said to have detrimental effects to health.

Cases of a deadly heart ailment called Keshan disease, which has been linked to selenium, deficiency, were reported in northeast and southwest China in 1935. The condition was fatal in 40 per cent of the cases in 1940. When Se levels in the region were studied to investigate any link, it was found that Se concentration in maize and vegetables lower in endemic regions than non-endemic regions. The blood and hair samples from endemic population also showed low Se levels. However, researchers think there could be other factors like viral infection at play. Another study highlighted the role of Se in improving cardiac function after six months of treatment in a 15-month-old child from Saudi Arabia.

Selenium additives can be added to animal feed to avoid the ramifications of Se deficiency. Brazil nuts are rich in selenium and their consumption can reverse deficiency of the element.