Deep sea carbon reservoirs once superheated the Earth – could it happen again?

At the end of the last glacial era, about 20,000 years ago, carbon dioxide was released into the ocean from geologic reservoirs located on the seafloor when the oceans began to warm. 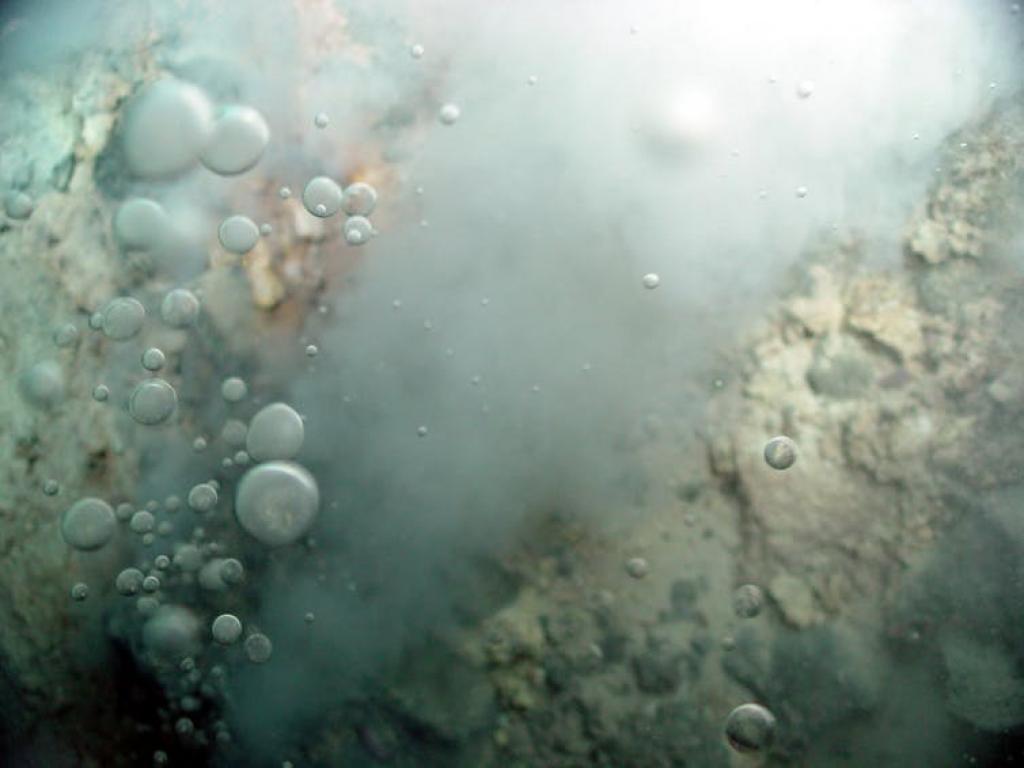 As concern grows over human-induced climate change, many scientists are looking back through Earth’s history to events that can shed light on changes occurring today. Analysing how the planet’s climate system has changed in the past improves our understanding of how it may behave in the future.

It is now clear from these studies that abrupt warming events are built into Earth’s climate system. They have occurred when disturbances in carbon storage at Earth’s surface released greenhouse gases into the atmosphere. One of the grand challenges for climate scientists like me is to determine where these releases came from before humans were present, and what triggered them. Importantly, we want to know if such an event could happen again.

In a recently published study, my colleagues Katie Harazin, Nadine Krupinski and I discovered that at the end of the last glacial era, about 20,000 years ago, carbon dioxide was released into the ocean from geologic reservoirs located on the seafloor when the oceans began to warm.

This finding is a potential game-changer. Naturally occurring reservoirs of carbon in the modern ocean could be disturbed again, with potentially serious effects to Earth’s oceans and climate.

The past is prologue

One of the best-known examples of a rapid warming caused by release of geologic carbon is the Paleocene-Eocene Thermal Maximum, or PETM, a major global warming event that occured about 55 million years ago. During the PETM, the Earth warmed by 9 to 16 degrees Fahrenheit (5 to 9 degrees Celsius) within about 10,000 years.

Climate scientists now consider the PETM to be an analog for environmental changes taking place today. The PETM happened over a longer period and without human involvement, but it shows that there is inherent instability in the climate system if carbon from geologic reservoirs is released rapidly.

Scientists also know that atmospheric carbon dioxide levels rose rapidly at the end of each of the late Pleistocene ice ages, helping to warm the climate. During the most recent warming episode, 17,000 years ago, the Earth warmed by 9 to 13 degrees Fahrenheit (5 to 7 degrees Celsius).

However, hundreds of scientific studies have failed to establish what caused the rapid carbon dioxide increases that ended each ice age. Researchers agree that the ocean must be involved because it acts as a large carbon capacitor, regulating the amount of carbon that resides in the atmosphere. But they are still searching for clues to understand what influences the amount of carbon in the ocean during abrupt climate changes.

Lakes on the ocean floor

Over the past two decades, ocean scientists have discovered that there are reservoirs of liquid and solid carbon dioxide accumulating at the bottom of the ocean, within the rocks and sediments on the margins of active hydrothermal vents. At these sites, volcanic magma from within the Earth meets superheated water, producing plumes of carbon dioxide-rich fluids that filter through crevices in the Earth’s crust, migrating upward towards the surface.

When a plume of this fluid meets cold seawater, the carbon dioxide can solidify into a form called hydrate. The hydrate forms a cap that traps carbon dioxide within the rocks and sediments and keeps it from entering the ocean. But at temperatures above roughly 48 degrees Fahrenheit (9 degrees Celsius), hydrate will melt, releasing buoyant liquid or gaseous carbon dioxide directly into the overlying water.

Scientists have thus far documented reservoirs of liquid and hydrate carbon dioxide in the western Pacific near Taiwan and in the Aegean Sea. In shallower waters, where ocean temperatures are warmer and pressure is lower, researchers have observed pure carbon dioxide emanating directly from sediments as a gas and rising to the ocean’s surface.

These discoveries are changing scientists’ understanding of the marine carbon system. Climate scientists have not included deep sea carbon reservoirs in current models that explore the potential impacts of future warming, because little is known about the size and distribution of these carbon sources.

In fact, there is virtually no data that documents how much carbon dioxide is currently being released from these reservoirs into the ocean. This makes the geologic history critically important: It confirms that these types of reservoirs have the capacity to release vast amounts of carbon when they are disturbed.

Analogous carbon reservoirs have also been identified in terrestrial environments. In 1979, Indonesia’s Dieng volcano suffocated 142 people when it released nearly pure carbon dioxide. In 1986, a carbon dioxide reservoir at the bottom of Lake Nyos in Cameroon erupted, killing 1,700 local villagers and hundreds of animals.

Carbon dioxide is also venting around Mammoth Mountain, California, at spots where magma rises through Earth’s crust and stalls at shallow depths. High concentrations of carbon dioxide in the soil have killed more than 100 acres of trees. Scientists are working to identify and characterize other sites on land where such releases could occur.

It is much more challenging to quantify the carbon dioxide stored in ocean reservoirs. Vast regions of the seafloor contain sites of active volcanism and hydrothermal venting, but scientists know virtually nothing about how much carbon dioxide is accumulating in surrounding rocks and sediments. In my view, there is an urgent need to study marine settings where carbon dioxide is likely accumulating, and then to assess how susceptible they may be to destabilization.

This is not an endeavor that should be deferred. Earth’s oceans are warming rapidly, and climate models project that they will warm fastest near the poles, where deep currents form that carry warming waters downward from the surface.

As these warm waters sink into the ocean’s interior, they transport excess heat towards sites where carbon dioxide reservoirs can form. Those warmer waters will eventually destabilize the hydrate seals that keep liquid carbon dioxide trapped.

One such reservoir occurs in the western Pacific west of the Okinawa Trough in the East China Sea. The temperature of the bottom waters at this location is 37 to 39 degrees Fahrenheit (3 to 4 degrees Celsius), which means the hydrate cap is within about 4-5 degrees Celsius of its melting point.

To date there has been no research to assess whether these ocean carbon dioxide reservoirs are vulnerable to rising ocean temperatures. But Earth’s pre-historic record clearly demonstrates that geologic reservoirs can be destabilized – and that when they are, it leads to rapid increases in atmospheric carbon dioxide and global warming. In my view, this represents an important unknown risk that cannot be ignored.