While some countries at the Bonn conference stressed on need for enhancement of pre-2020 action plan, others opined differently 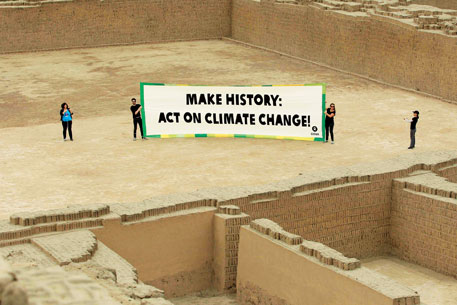 Though the process of building consensus over post-2020 actions has made some progress during the Bonn climate talks, the pre-2020 enhanced actions remain a bone of contention.

Meanwhile, different country groups at the same meet, held recently in Germany, have interpreted the Durban Mandate differently. While the G77 + China group has been insisting that the 2011 Durban Mandate clearly requires developed countries to enhance the pre-2020 ambition and that they cannot imagine a post-2020 climate regime without clarity on workstream 2 that states the pre-2020 actions.

What is Durban Mandate?

Recognising that climate change represents an urgent and potentially irreversible threat to the world, and thus requires to be urgently addressed by all countries members of United Nations Framework Convention on Climate Change (UNFCCC), the Ad Hoc Working Group on the Durban Platform for Enhanced Action (ADP) was constituted in 2011. The formation of the group was also based on the global nature of climate change that calls for the widest possible cooperation by all countries and their participation in an effective and appropriate international response.

UNFCCC had also noted the “significant gap between the aggregate effect of Parties’ (countries members of UNFCCC) mitigation pledges in terms of global annual emissions of greenhouse gases by 2020 and aggregate emission pathways consistent with having a likely chance of holding the increase in global average temperature below 2 degree Celsius or 1.5 degree Celsius above pre-industrial levels”.

The mandate was to reach an agreement that will be implemented from 2020 and to decide to launch a work plan on enhancing mitigation ambition with a view to ensure the highest possible efforts by all the Parties.

At its first session in 2012, the ADP working group had adopted the agenda under two workstreams—pre-2020 (Workstream 2) and post-2020 (Workstream 1). Despite 10 days of negotiations that were just held in Bonn (a few months before COP 21 in Paris), countries have yet not reached the consensus on pre-2020 climate actions.

Meanwhile, the European Union had said that Durban Mandate does not require them to enhance pre-2020 ambitions, and that instead of focusing on issues of divergence, we should focus on the points of convergence between countries.

The US, however, has strongly rejected the need for enhancement of pre-2020 action by saying that the Mandate does not require them to enhance pre-2020 actions. The country has added that it has already had several discussions on this. India and China, on behalf of G77 + China, on the other hand, have expressed surprise over how developed countries were interpreting the Workstream 2 that covers elements like mitigation, adaptation, finance, technology development and transfer, transparency of action and support, and capacity-building. China said that if it all these were not a mandate of Durban then why were they being discussed at the Bonn meet. The representatives of the developing Asian economy added that it was high time to reach a common understanding on Durban mandate so that we can fill the “ambition gap” that is required to keep the temperature rise below 2 degrees Celsius, as existing mechanism and current emission pathways are not enough.

Despite all the negotiations and commitments, the question that can the world afford to wait till 2020 without enhancing pre-2020 ambitions continues to haunt.