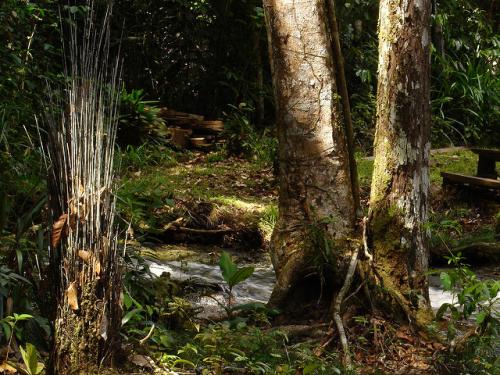 Drought negatively impacts carbon storage in tropical forests and causes a large-scale reduction in forest productivity, a recent study has found. The study has also warned that the intensities of future droughts may be exacerbated by elevated temperatures.

The study, published by University of Leeds and University of Exeter, has found that affected the Amazon forest in 2010, reduced the net biomass growth in the forest, it found.

Researchers used data from two major droughts event in the region, 2005 and 2010 to study the effect of gradual climate change on tree growth in the forest. The Amazon forest is one of the largest carbon sinks in the world and increase or decrease in tree growth will directly affect its carbon storage capacity.

Another study, that was published in journal Science in 2009 said that drought affected ability to store carbon dioxide. A drought in the Amazon region in 2005, led to additional five billion tonnes of carbon dioxide in the atmosphere, the study said.

Biomass reduction due to drought

A total of 3.16 million sq kms—almost 50 per cent of the entire Amazon Basin—experienced water deficit in 2010, making it one of the most geographically extensive drought in the past few decades. The biomass change was much lower in 2010 as compared to the long-term mean of positive biomass change. The 2010 drought also showed significantly lower total tree productivity and greater biomass losses due to mortality compared to the long-term mean.

The study found that net reduction in carbon uptake in Amazon in 2010 was caused by a combination of higher mortality and slower tree growth, where reduction in growth contributed 30 per cent to the weakened sink capacity. Analysis in this research proves the reported long-term decline of the Amazon forest carbon sink during the past decade.

The lack of net biomass gain was widespread across the basin, irrespective of the precipitation in one particular region, the study said. Further, the research found that regions lost biomass in response to drought throughout the Amazon Basin, despite large difference in soil texture, depth and drainage.

Long-term analysis showed that variation in rainfall significantly affected the carbon balance of the tropical forest. But the forests show resilience, with the ability to return to be a net positive carbon sink. The studied regions returned to acting as net sinks after the drought, showing that the reduction in growth may be short term, researchers reported.