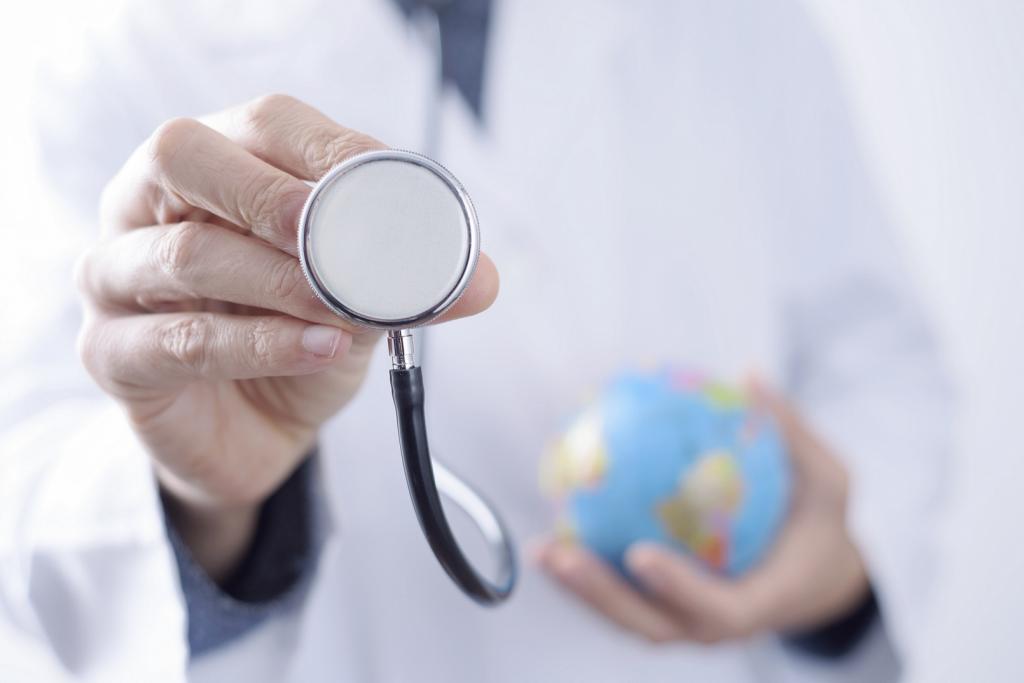 Global health benefits from a climate policy could make up trillions of dollars annually, but it will depend on the air quality policies that nations adopt independently, according to a new study published in Nature Communications.

Depending on how society values better health, economically optimal levels of mitigation may be consistent with the target of capping temperature rise within 2 degree Celsuis. The team found the strongest, potential near-term health benefits in China and India.

The term co-harm refers to the net climate harm of aerosol reductions — reducing some species of emissions individually may produce different effects than the net of all species together.

Benefits of the study

The study can help in understanding and framing the optimal climate policy, especially those that take air quality control measures into account. The study emphasises on the fact that climate targets should be justifiable on cost-benefit grounds.

“Increasingly, we are finding that it is important to consider public health impacts in analyses of climate change decision making. We've built these considerations directly into this new model to see how the cost-benefit calculation changes when these impacts are accounted for. If we include the health benefits, the model tells us to reduce our emissions much more quickly than it would otherwise," said lead co-author Noah Scovronick of Emory University, Atlanta.

Many of the co-benefits accrued in India and China in early periods, attributable to their large populations and high capacity for mitigation-related reductions in PM2.5.

China’s benefits decline by mid-century due to relatively rapid economic development and a stabilising population — both of which act to constrain emissions — whereas those in India persist and are the major driver of increased decarbonisation.

Towards the end of the century, sub-Saharan Africa replaced China as the second-largest beneficiary — as air pollution remains problematic due to lagging economic development accompanied by its large population.

"Some developing regions have, understandably, been reluctant to invest their limited resources in reducing emissions," said Scovronick.

"This and other studies demonstrate that many of these same regions are likely to gain most of the health co-benefits, which may add incentive for them to adopt stronger climate policies.” 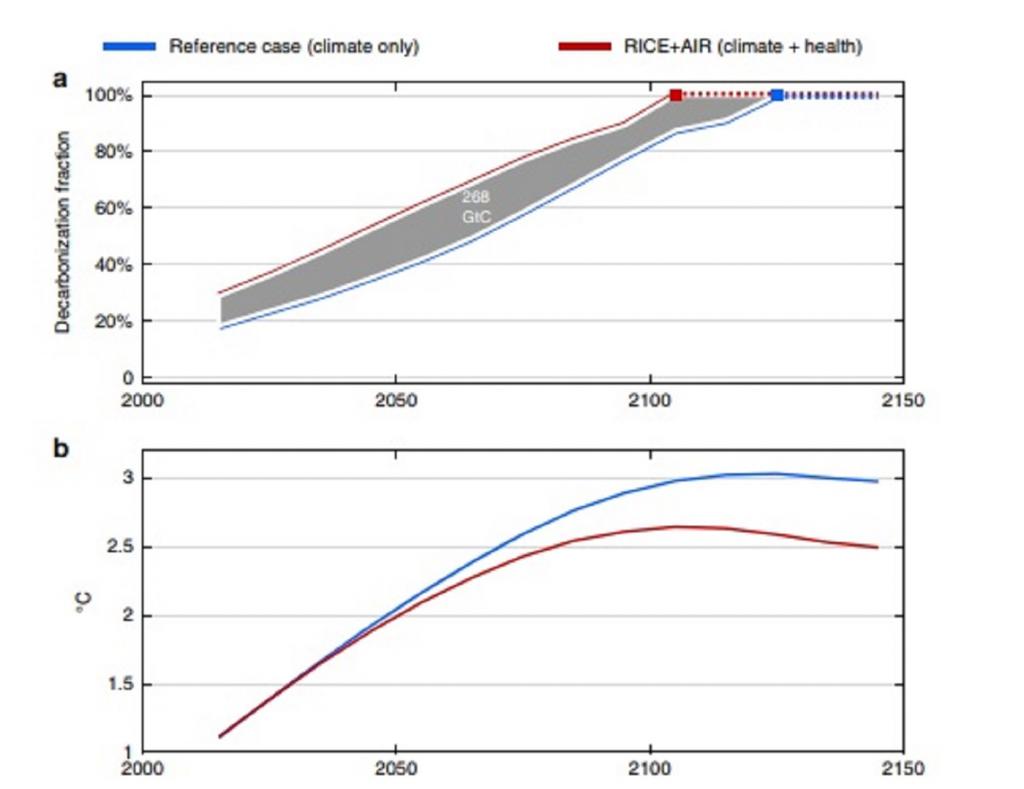 The above graph represents:

b) Estimated global temperature rise above preindustrial levels that would occur, given the decarbonisation in (a). Decarbonisation is relative to a business-as-usual scenario without any climate action, and 100 per cent decarbonisation signifies zero net carbon emissions

The novel modeling approach described in the study offers important new insights into how much we should mitigate and over what time period.

“One of the most important insights of this study is that when you consider additional facets of an already complex problem like climate change, new mechanisms may emerge that help to address the original problem,” said Fabian Wagner from International Institute for Applied Systems Analysis (air quality and greenhouse gases programme).

“Our approach illustrates the power of modern systems analysis: identifying sweet spots for decision makers where apparently conflicting objectives can be resolved at a higher level of integration," added Wagner.