Include health actions in Paris Agreement implementation: WHO

Although evidence linking environmental degradation to health is growing, political action regarding it has been woefully inadequate 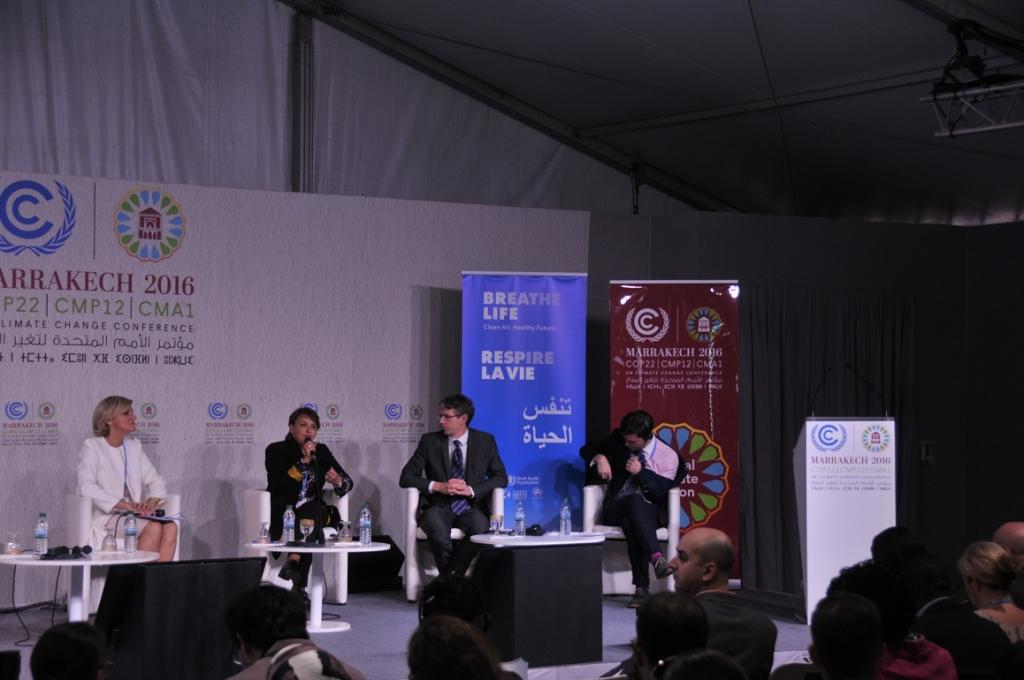 Investments in preventive health care interventions pay for themselves in reduced treatment costs. Credit: Shreeshan Venkatesh / Down To Earth

The WHO today (November 11) called for health to be taken up as a priority for climate change action in coming years during a press conference held at the Bab Ighli village, the venue for the ongoing COP22 climate change summit in Marrakech. With the Paris Agreement focusing on reduction of emissions to limit global warming, action in healthcare runs the risk of being sidelined.

The WHO trained its guns on environmental degradation and the worsening quality of air around the world, in particular, as drivers of the global burden of disease in the context of both health and economy. "Today, around nine in 10 people live in areas where air quality fails to meet WHO standards and the quality of air in most regions is not getting better but worsening and is contributing heavily to increasing health costs. A secondary impact of the worsening air is that it contributes to climate change and global warming which further add to the health burden. We have found that deaths due to environmental risks which can be modified and nullified stands at 12.6 million per year, or about a quarter of the total health burden of the world," said Maria Neira, the director of the Public Health and Environment department at the WHO.

According to the WHO, air pollution levels between 2008 and 2013 increased by eight per cent in cities where air quality was being monitored and linked to an estimated 6.5 million deaths from pulmonary ailments, circulatory ailments, strokes and heart diseases to air pollution. "The focus should be to intensify climate action and move from commitments to action. More action on climate change would mean greater benefits for health," Niera added.

Although evidence linking environmental degradation to health is growing, political action regarding the same has been woefully inadequate. The WHO claims that only about three per cent of health resources are invested in prevention while 97 per cent is spent on treatment. This imbalance has led to a further increase of the health burden and the associated healthcare costs. "Investments in healthcare interventions need to be stepped up and it should be realised that these are not really costs. Investments in preventive health care interventions pay for themselves in reduced treatment costs," said Diarmid Campbell-Lentrum, a scientist with the WHO. The WHO, for its part, has a plan of action to increase political action and interventions at both the international and national levels. Campbell Lentrum identified three areas where the organisation will be providing support and resources to nations.