The government has instead proposed transition to cyclopentane in SMEs 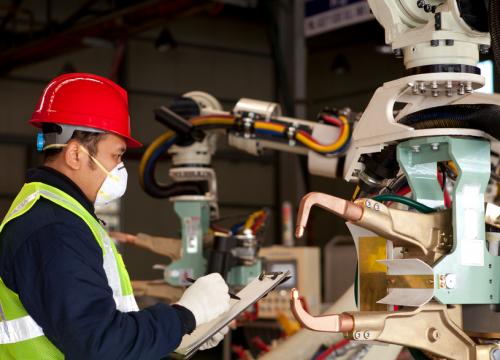 The Ministry of Environment, Forest and Climate Change (MoEFCC) has suggested that it will propose for the funding of foam industries to ease shift from using ozone-depleting Hydrochlorofluorocarbons (HCFC) to chemical Cyclopentane. The transition will be funded by the Executive Committee of the Multilateral fund as per the Montreal Protocol Agreement in the second stage of HCFC phase out.

India is in the process of phasing out HCFC by 2030 as per the existing agreement signed by India in the Montreal protocol. HCFC is a commonly used refrigerant gas. It is also used in foam blowing agents, solvents, aerosols and fire extinguishers. India has completed its first step of phase out, achieving the target of 10 per cent reduction by 2015 and is now working towards phasing down 35 per cent by 2020 in the second stage.

“India is entering stage II with a lot of hope and expectations but also know that there will be a lot of challenges” said R R Rashmi, special secretary, MoEFCC at a stakeholder meeting on the HCFC phase out management plan.

Rashmi added that small and medium enterprises are crucial in the phase out because even though their individual emissions are low, the volume is very high collectively.

The executive committee of multilateral fund has allowed for a 25 per cent increase above the cost-effectiveness threshold for introduction of low-GWP alternatives. It has also decided that SMEs in the foam sector with consumption of less than 20 metric tonnes can apply for up to 40 per cent additional funds as per the ExCom decision 74/50 to incentivise the SMEs to shift.

“Foam sector is always the preferred sector to move because most of them use HCFC 141b which has an ODP of 0.11 and is a priority to phase down,” said Jacques van Engel, director of Montreal Protocol/Chemicals Unit, United Nations Development Programme, the implementing agency in India. He also informed that stage II will focus on reducing HCFCs in foam and Refrigeration and Air conditioning (RAC) sectors. No other sector can be added till the end of the second stage in 2022.

UNDP surveyed the foam manufacturing sector and suggested the industry to choose from the three alternatives in the survey—Cyclopentane, Methyl Formate and Hydrofluoroolefin (HFO).

The result was surprising to officials as many of the SMEs chose HFO, which is an expensive patented gas. And as it is a drop in replacement, MLF will only pay for its cost for the first year unlike for Cyclopentane for which it will pay for the capital cost. On enquiry, it was found that most representatives of the industry were unaware and relied on the chemical supplying companies to make the decision. Some SMEs also expressed their reservations against using cyclopentane due to its flammability and the need for skilled technicians to handle it.

Manoj Kumar, joint secretary, MoEFCC clarified that cyclopentane is a cheaper alternative without any patents associated with it. It is also environment-friendly due to its low global warming potential. He suggested that there is no need to be concerned about the flammability as there are existing case studies on safe use of cyclopentane and that the government will establish a training center for technicians to train them to safely use cyclopentane. Hence, the government proposed that it will apply for funding the transition to cyclopentane on behalf of the SMEs. But at the same time it would also re-apply if some SMEs want to move away to HFOs at a later date.

This move will lead the industry away from HFO, which is unusually expensive because of the patents owned by a few chemical companies. A study by non-profit Centre for Science and Environment says the HFC phase down benefits few companies and brings uncertainty over the pollution these chemicals may cause.

This decision will also support India’s stand in the ongoing Montreal protocol negotiations of not moving to another transition gas like HFO which may be phased down later.