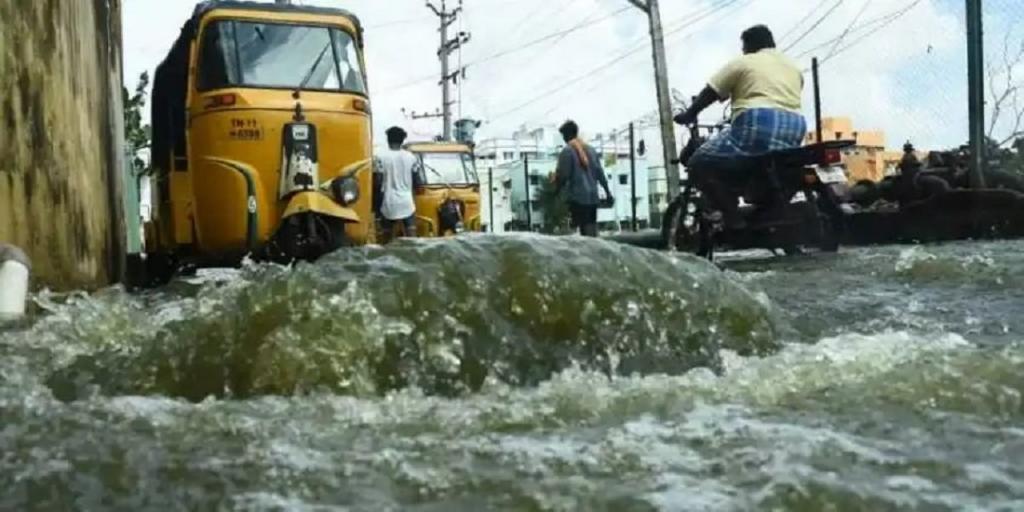 Heavy rainfall in the past few days has flooded several regions of Tamil Nadu and Puducherry.

Seventeen people were killed in a single house collapse in Coimbatore due to heavy rainfall. The situation might worsen due to a low-pressure area in the Arabian Sea, which can intensify the already active North East Monsoon brought in by the North Easterly winds.

According to the India Meteorological Department (IMD), the low-pressure area is going to intensify further in the next few days, transforming into a depression but its track will take it away from the Indian mainland into the East Central Arabian Sea where it is likely to dissipate.

There are three other active low-pressure areas in the Indian Ocean region formed off the East African coast. One of these might bring heavy rainfall to the already flood-affected Horn of Africa region, especially Somalia and Djibouti, in the next few days.

The IMD has already issued advisories to fisher folks going into the Arabian Sea. The low-pressure system will also bring heavy downpours to Lakshadweep, the Cape Comorin area, Kerala and Karnataka coasts.