Developing countries cannot run away from the fact that at the present rate of emission growth, their combined emissions are projected to overtake those from OECD members within the next 20 years. 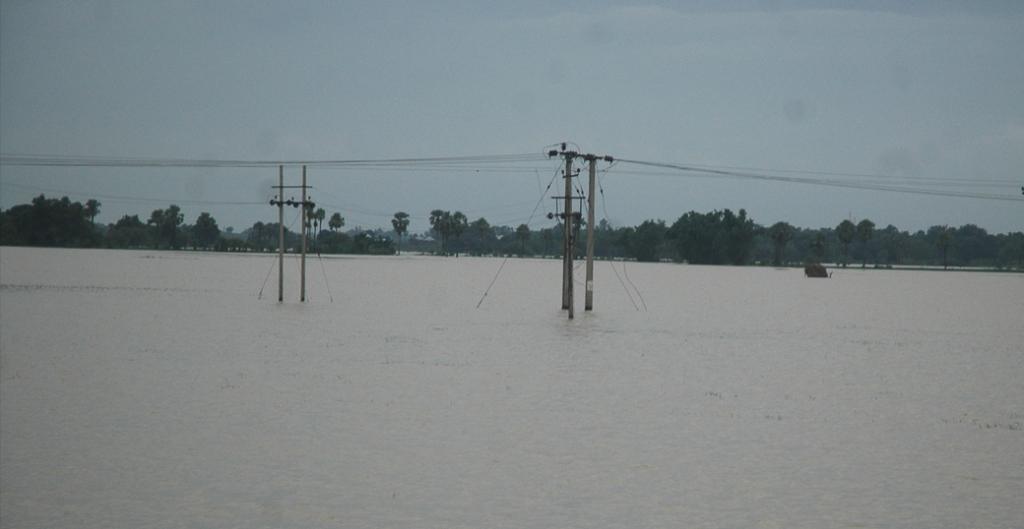 The ratification of the Kyoto Protocol (KP) has become a great game between the Russian bear and the EU/Japan, very much reminiscent of the Great Game played between the same bear and the British bulldog in the late 19th century over Northwest India & Afghanistan. Of course, the new entrant is Uncle Sam, whom everyone is trying to cajole & pacify.

One can only speculate why the Russians, including President Putin, are trying to keep the world on tenterhooks, even at CoP-9. It is perhaps an attempt to mollify the imperial Bush on their lack of enthusiasm for the Iraq invasion and occupation. Or they can be trying to squeeze out concessions (including monetary ones from the EU and Japan). Or they are maybe trying to demonstrate what an important role they play in addressing global climate change.

But this gaming is NOT benefiting the worldwide attempts to curb global warming. In fact, it seems to be part of a sinister conspiracy to delay long enough any reductions by Annex I nations, until the big non-Annex I nations like India, China & Brazil reach emission levels that equal or exceed those of USA, EU or Japan – then these will be the nations to be blamed for inaction by Annex I nations.

It seems odd that non-Annex I nations are not putting enough pressure on the bear to get the KP ratified, at least by CoP-9, while many of them are scrambling over each other to get the crumbs of CDM. Is it the disappearing ODA that is causing them to behave in this strange way – when they should know that without the KP in force there is no legal future for any CDM project? The quick-start option may be nothing more than a false start!

Uncle Sam has been busy sending delegations to many countries, including Malaysia, to hoodwink the world into believing that their so-called unilateral reductions in 2012 will match KP targets. Only the most gullible will be fooled into believing that 18 per cent reduction below 2012 emission levels for USA will be anywhere near their emission levels of 1990! American emission levels, like those for most developed countries, have been growing ever since 1990 – they have not even stabilised. That is why the very broad objectives of UNFCCC remain unattained.

The G77 needs to get its act together and become proactive in Milan. It must avoid the deadlock it developed in India during CoP-8. As real evidence of the EU and other developed nations acting to meet their KP targets becomes clear, the non-Annex I nations must be willing to signal their political readiness to discuss the slowing down of their own emission growths, in keeping with the common but differentiated responsibility principle.

Developing countries cannot run away from the fact that at the present rate of emission growth, their combined emissions are projected to overtake those from OECD members within the next 20 years. The denial mode will not serve any good purpose – only move us closer to the runaway situation in terms of greenhouse gas concentrations in the atmosphere.

But they should also push even harder for Annex I nations (including Uncle Sam) to fulfil UNFCCC’s financial and technology transfer commitments. These are not KP hostage issues but have been on the table for more than a decade! The failure of EU and its friends to act positively and decisively on these two issues is perhaps the single largest obstacle for most G77 nations to even consider setting caps on their emissions.

The stalemate needs to be broken! Otherwise the cycle of recycled speeches and positions will be repeated in Milan. Trust and a commitment to curb global warming must resurface during the negotiations. All hue and cry about multilateralism triumphing over unilateralism in Bonn a couple of years ago needs to be translated into tangible action NOW, not after it has been totally destroyed by the tricks of Uncle Sam.

Otherwise, one may wonder whether travelling thousands of kilometres and staying in yet another expensive city have been another waste of resources!