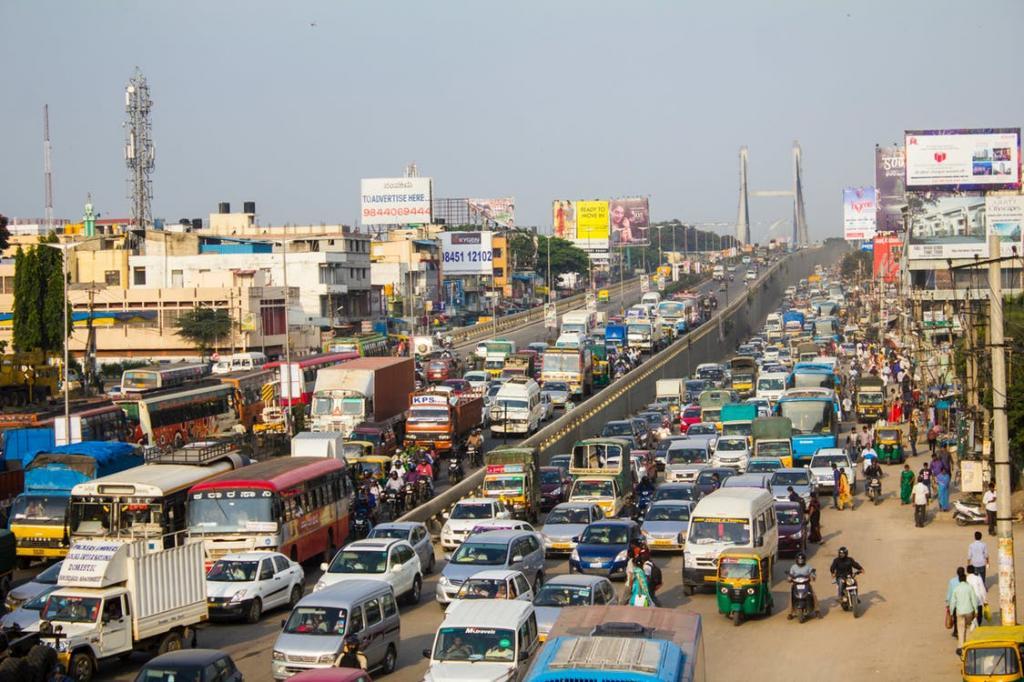 The carbon pricing gap is lowest for road transport (21 per cent against the EUR 30 benchmark) Credit: Satvik Sahapur

A new report by the Organisation for Economic Co-operation and Development (OECD) has revealed that very few nations across the globe are pricing carbon high enough to meet their commitments on slowing the pace of climate change.

The report, titled “Effective Carbon Rates 2018: Pricing Carbon Emissions through Taxes and Emissions Trading” was released in Paris on September 18.  It presents new data on taxes and tradeable permits for carbon emissions in 42 OECD and G20 countries accounting for around 80 per cent of global emissions. It finds that today’s carbon prices—while slowly rising—are still too low to have a significant impact on curbing climate change, according to an OECD official statement.

The report shows that the carbon pricing gap—which compares actual carbon prices and real climate costs, estimated at EUR 30 per tonne of CO2—was 76.5 per cent in 2018. This compares favourably with the 83 per cent carbon gap reported in 2012 and the 79.5 per cent gap in 2015, but it is still insufficient. At the current pace of decline, carbon prices will only meet real costs in 2095. Much faster action is needed to incentivise companies to innovate and compete to bring about a low-carbon economy and to stimulate households to adopt low-carbon lifestyles.

The report measures carbon prices using the Effective Carbon Rate, which is the sum of three components: specific taxes on fossil fuels, carbon taxes and prices of tradeable emission permits. All three instruments increase the price of high-carbon relative to low- and zero-carbon fuels, encouraging energy users to go for low- or zero-carbon options.

The vast majority of emissions in industry and in the residential and commercial sector are entirely unpriced, the report finds. The carbon pricing gap is lowest for road transport (21 per cent against the EUR 30 benchmark) and highest for industry (91 per cent). The gap is over 80 per cent in the electricity and the residential and commercial sectors. 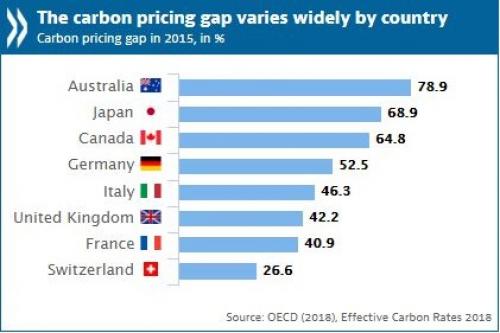 New carbon pricing initiatives in some countries, such as China’s emissions trading scheme and renewed efforts in Canada and France to price carbon, could significantly reduce these gaps. The carbon-intensity of GDP is usually lower in countries with lower carbon pricing gaps.

The report rates emission trading as an effective way to price emissions, providing permit prices are stable at realistically high levels. Taxes have the advantage of simple administration, especially if grafted onto existing tax regimes. Revenue-neutral reforms can enable other taxes to be cut or carbon pricing can facilitate domestic revenue mobilisation.