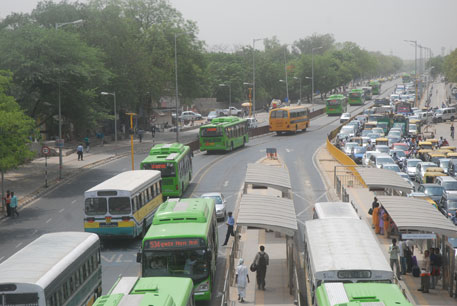 A recently released World Bank report deviates from the common perception that climate friendly policies and economic productivity don't go hand in hand. Climate change mitigation measures, in fact, boost economic productivity, save lives and create more jobs, says the report. Titled “Climate-Smart Development: Adding up the Benefits”, the report has been released in advance of the UN Secretary General’s Climate Summit in September in New York. The report strengthens the case for taking urgent action on climate change.

The report focuses on ongoing climate mitigation projects in five countries – India, Brazil, China, Mexico, and the United States – plus the European Union. It uses a new modelling framework to examine the benefits of these projects.

The researchers studied four projects, expanded bus rapid transit system in India, integrated solid waste management in Brazil, cleaner cookstoves in rural China, and biogas digestion and solar photovoltaics in Mexican agriculture. It found that the aggregate benefits over the life of these projects are estimated to include more than 1 million lives saved, about 1 million–1.5 million tonnes of crop losses avoided, and some 200,000 jobs created. These projects could reduce CO2equivalent emissions by 355 million–520 million metric tonnes, roughly equivalent to shutting down 100–150 coal-fired power plants.  In China, the estimated value of avoided premature deaths alone would come to more than $1.8 trillion.

India alone, if it builds 1,000 kilometers of new bus rapid transit lanes, could save more than 27,000 lives from reduced accidents and air pollution and create 128,000 jobs. Similarly, if Brazil sent all solid waste to sanitary landfills where methane gas collection and biogas produced electricity, it could create 44,000 new jobs and increase national GDP by over $13.3 billion.

However, the benefits quantified have a bias because they do not necessarily include transaction costs, risks, market distortions, and other factors that would be included in a policy implementation evaluation. For example, improved tools are needed to account for behavioral changes such as shifting to public transit and advanced cookstoves, and to explicitly account for the full climate change costs of emissions.