Birds under threat from illegal dumping of bilge on Canadian coast 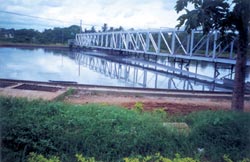 ships are using Canada's ocean coast as dumping grounds, which has resulted in the death of 300,000 birds per year. Activists allege that low fines on dumping bilge (a mixture of water, oil and other engine fluids) in Canadian ports has prompted ships to increasingly deposit such waste off the coast. The fine, if caught dumping bilge is much less than the cost for treating the waste and disposing it.

Activists from the World Wide Fund (wwf) for Nature, Canada have said that fines average about us $13,000 and are not heavily imposed on ships that dump bilge.

According to Bill Montevecchi, research professor at Memorial University of Newfoundland, Canada ships can discharge bilge water in port but this ends up being more costly than the average fine for dumping bilge in the ocean. "The punishment is not very stringent, so it probably pays to pollute in a sense," said Montevecchi. Fines in the us are five to a thousand times higher than in Canada. It is easy for ships to get away with ocean dumping because the Atlantic coast is sparsely populated and not frequently monitored.

wwf activists also called for stricter laws as well as better air, ship and satellite surveillance, ship traffic monitoring and in-port inspections to reduce the instances of dumping in the coast.

Oil pollution in Newfoundland is higher than on the west coast of Canada and the us. In the last five years, 75 per cent of bird deaths in Newfoundland were as a result of oil discharges. Experts say that it only takes one quarter-size drop of oil to kill a seabird. The oil destroys the insulation of the feathers and the bird dies from hypothermia, liver damage or blindness.