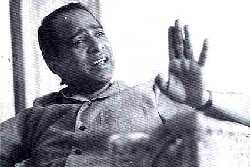 In the first week of December, the Prime Minister's office gave the go-ahead for the establishment of the National Drug Authority (NDA) to oversee the formulation and supply of medicines in the country. However, the scope of the NDA has been reduced drastically from what was envisioned when the body was to be first set up two years ago.

The idea of an NDA with the authority to control all aspects of the pharmaceutical industry was mooted by Union minister of state for chemicals and fertilisers Eduardo Faleiro. But this was disapproved of by officials in Faleiro's ministry, the Union health ministry and the Bureau of Industrial Costs and Prices -- the three divisions administering the country's pharmaceutical sector.

As a result, NDA's responsibility will be restricted to controlling the quality of essential drugs. For non-essential formulations, this responsibility will continue to rest with the Union health ministry. All pricing decisions, including the issue of price control durations, will be entrusted to another body that will be specially created for the purpose. This body will be under the supervision of Faleiro's ministry.