Recent data shows that carbon dioxide level did not increase for the first time in 40 years; bust in coal projects may be the reason 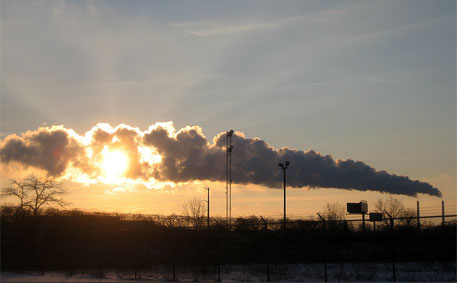 Global carbon dioxide (CO2) emissions from the energy sector ‘stalled’ in 2014 even though the economy expanded by 3 per cent during the same period, according to latest data put out by the International Energy Agency (IEA).

It showed that the CO2 level did not increase for the first time in 40 years, marking a halt in the increase in emissions of the greenhouse gas during a period of robust economic activity. The worldwide bust in coal projects is being seen as a major reason.

“This gives me even more hope that humankind will be able to work together to combat climate change, the most important threat facing us today,” IEA chief economist Fatih Birol, said. The economist was recently named to take over from Maria van der Hoeven as the next IEA executive director.
Global emissions of CO2 stood at 32.3 billion tonnes in 2014, unchanged from the preceding year. IEA data suggest that efforts to mitigate climate change may be having a more pronounced effect on emissions than previously thought.

How has this been brought about?

The energy agency has attributed the halt in carbon dioxide emissions to changing patterns of energy consumption in China and the Organisation for Economic Co-operation and Development (OECD) countries.

Another factor is the coal plant construction boom that tripled globally after 2005 now turning to bust. An analysis by CoalSwarm, a think tank supported by the Sierra Club and other US NGOs, has found that since 2010 hundreds of coal plant projects have been shelved or cancelled worldwide.
After a period of extraordinary growth, worldwide coal plant construction has slowed rapidly due to increasingly effective citizen opposition, competition from renewables and economic restructuring, the study says.

When it comes to China, 2014 witnessed more and more electricity generation from renewable energy sources such as hydropower, solar and wind. Less burning of coal was also a major contributing factor towards lower emission level. In 2014, the country recorded a 1.6 per cent decline in power generation from coal and the overall utilisation rate for thermal plants declined to 54 per cent, the lowest in over three decades, according to the study.

In OECD nations, efforts have recently been made to promote sustainable growth. This includes greater energy efficiency and promotion of renewable energy sources, which in turn, are producing the desired effect of decoupling economic growth from greenhouse gas emissions.

In India, grassroots citizen opposition, coal supply issues and other problems have caused financing for new coal plants to dry up, the study points out.

From 2003 to 2014, the amount of coal-fired generating capacity retired in the US and the EU exceeded the new capacity by 22 per cent, the study says.
However, Turkey, Vietnam, Indonesia, Poland and the Balkans, are still using coal.

“This is both a very welcome surprise and a significant one,” Birol added. “It provides the much-needed momentum to negotiators preparing to forge a global climate deal in Paris in December: for the first time, greenhouse gas emissions are decoupling from economic growth.”

In 40 years during which the IEA has been collecting data on carbon dioxide emission, only thrice has it stood still or fallen compared to the previous year. However, all the three cases in early 1980s, 1992 and 2009, were related to global economic weakness.

More details on the data and an analysis will be included in IEA’s special report on energy and climate, to be released on June 15 in London.

The report will provide decision-makers an analysis of national climate pledges in the context of the recent downturn in fossil fuel prices and suggest measures to advance climate goals without compromising on economic growth.

“The latest data on emissions are indeed encouraging, but this is no time for complacency – and certainly not the time to use this positive news as an excuse to stall further action,” IEA executive director Maria van der Hoeven, said.