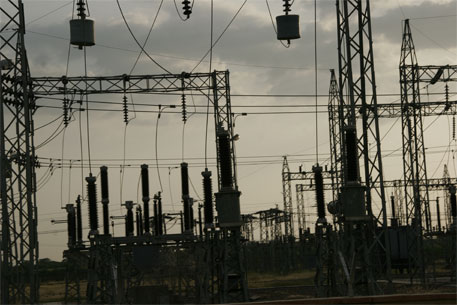 In a move to reduce its carbon footprint, it has been decided that India will pay more to consume energy produced from coal, petrol and diesel. In his budget speech as well as the Economic Survey, Finance Minister Arun Jaitley has made it clear that in order to reduce the carbon dioxide emissions, the government has to raise the price of petrol and diesel. Similarly, raw coal and lignite miners have to shell out Rs 200 per tonne of coal and lignite mined in India for the National Clean Energy Fund (NCEF).

Immediately after the budget presentation, petrol and diesel prices were increased by Rs 3. “As environmental degradation hurts the poor more than others, we are committed to make our development process as green as possible. Our de-facto “carbon tax” on most petroleum products compares favourably with international norms. With regard to coal, there is a need to find a balance between taxing pollution, and the price of power,” Jaitley said in the Parliament on Saturday.

According Economic Survey of India, a carbon tax is essentially a tax on the carbon content of fuels (principally coal, oil, and natural gas) that generate CO2 emissions when burned. The tax would apply at a specific rate per tonne of coal, per barrel of oil, or per million cubic feet of gas, with the amounts adjusted to equalise implied taxes on carbon content. The rationale of such a tax is to reduce greenhouse (GHG) emissions primarily responsible for climate change.

Though coal and lignite miners have been paying this tax for the last four years to the NCEF that was introduced by the previous United Progressive Alliance government in 2010, Economic Survey of India, for the years 2013-14, said that since October 2014, government has been imposing indirect taxes in form of excise duties on diesel and petrol. “Excise duties on petrol or diesel also act as an implicit carbon tax—by putting an effective price on emissions. For example, more is the fuel a car burns, and the greater the emissions, the greater the tax paid. There is a price signal to reduce fuel burnt, and hence CO2 emissions,” states the Economic Survey. The survey further states that calculating the CO2 emission reduction from the measures taken for petrol and diesel will lead to net reduction of 11 million tonnes of CO2 emissions in less than a year, more than the entire CO2 emissions of Luxembourg in 2012 or 0.6 per cent India’s annual emissions.

Two birds with one stone

Increasing the clean energy cess on coal and lignite production helped government to generate about Rs 17,000 crores in last financial year. The Economic Survey of India suggested government to start collecting Rs 500 for each tonne of coal and lignite mined from the country as clean energy cess. The Finance Ministry, however, has restricted and rationalised the increase to Rs 200 per tonne, depending the excise duties charged by various states. The Economic Survey of India also suggested that increasing the cess to Rs 500 per tonne of coal would lead to an annual CO2 emissions reduction of 129 million tonnes annually or about 7 per cent of total annual emissions from India. The Economic Survey of India has estimated that the health cost of power generation ranges from Rs 180 to Rs 1500 per tonne of coal burned, depending on the variety of the fuel found in India. “The health costs of emissions from coal fired power plants include costs associated with premature cardiopulmonary deaths and illnesses from the chronic effects of long-term exposure and the acute effects of short-term exposure,” the report states.

While the mining industry seems already impacted by an increase in the cess, the surge in petrol and diesel prices has been criticised by all sections of society. A Coal India Limited official told Down To Earth that it is anticipating an impact of Rs 5,000 crores due to doubling of the clean energy cess, which will be reflected on the power tariff.  The impact on power tariffs would be about 4 paise per unit, while the cost of generation would go up by five to six paise per unit, says the official. On the other hand, Jindal Steel and Power Limited's managing director and chief executive officer Ravi Uppal has issued a statement saying that the cess will increase the energy charge, making a difference of 10-12 paise per unit of power generated.

According to E A S Sharma, former power secretary, the demand for petrol, diesel and coal is not elastic, therefore such taxes can become unproductive. “There is no roadmap for how the cess collected from petrol, diesel or coal will be utilised. While there is heavy demand for these fuels, the results are notional,” he said. Sharma further added that the government has not been able to spell out how it will collect these taxes from already auctioned coal blocks, which remain mired in controversy following coal block allocation scam.

Experts fear that large portions of such funds may remain unutilised as is the case with NCEF where clean energy cess would go. The fund was created to use the carbon tax and clean energy cess for funding research and innovative projects in clean energy technologies, in both public and private sector (up to the extent of 40 per cent of the total project cost). Assistance, under this fund, is available as a loan or as a viability gap funding, as deemed fit by the inter-ministerial group which decides on the merits of such projects. However, till June 2014, a collection of Rs 40,000 crore through clean energy cess for NCEF only 1 per cent was disbursed to Ministry of New and Renewable Energy. With the new government coming into power, Rs 16,111 crore have been recommended by NCEF for 41 projects, which are under various stages of completion.

Similarly, annual cess collected through petrol and diesel sales as Oil Industry Development Tax for conservation and research and development of petroleum resources remained underutilised till 2013.