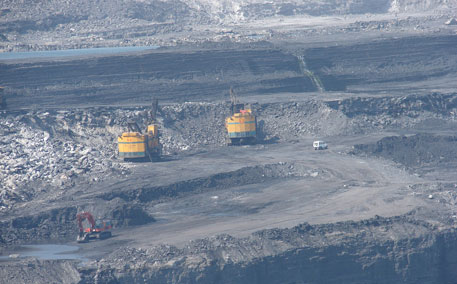 In a bid to increase coal production, the Union Ministry of Environment and Forests (MoEF) has exempted coalmining companies from holding public hearings for expansion in mining activity. Public hearing is a prime requisite for environmental clearance. The companies would now need to hold public hearings only if they change their technology, for example, from open cast to underground mining, or increase the mining lease area, ministry officials say.

At present, companies need clearance from gram sabhas with 50 per cent attendance before expanding their activity. Public hearings were mandatory for all projects by Environment Impact Assessment (EIA) notification of 2006 for the grant of environmental clearance to companies. In August 2009, MoEF issued an order making it mandatory for all expansion projects to hold public hearings.

But in 2011, a committee under Planning Commission member B K Chaturvedi recommended simplification of the process by holding public hearing once, just before starting mining activity. Subsequent expansions, that did not have any change in the mining plans, could do without further public hearings, it suggested.

For capacity expansion of mines located in critically polluted areas, EAC will examine the measures the coalmining company needs to implement under Environment Action Plan prepared by State Pollution Control Board. Further, EAC will decide on the grant of environmental clearance if there are any pending court cases or notices issued by the regional MoEF to the mining company that needs to expand its capacity.

Environmental activists have called the notification undemocratic. “Any change in the capacity of a mine impacts the ecology of the area. When mining activity increases, groundwater usage also increases. Overburden dumps choke up streams. Exemption of public hearing for capacity expansion of coalmines will overlook such activities,” says Ravi R Pragada, secretary general of Mines, Mineral and People, a non-profit working for mining affected people.

But MoEF disagrees. The move will not hamper local ecology because expansion is only for the mine’s capacity, not its lease area, a ministry official says. Further, if the mining company changes the mining method, it has to apply for a new environmental clearance which will attract a public hearing, he adds.