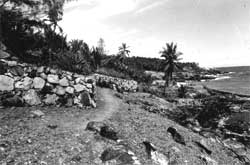 on march 12, the committee of secretaries of ministries gave its assent to a proposal presented by the ministry of surface transport (mst) for relaxing certain norms in the 1991 coastal regulation zones (crz ) notification to facilitate private investment, especially for ports and harbours. Environmentalists are advising caution as crz provisions are already being misinterpreted and bypassed by states. They point out that the relaxation could lead to further degradation of India's fragile coastal areas belonging mostly to Kerala, Maharashtra, Goa, Gujarat, Karnataka and West Bengal.

Fisherfolk are also belligerent. Says National Fishworkers Forum (nff) leader Thomas Kocherry, "The crz notification is meant to protect the coast. Any change to it will only invite trouble." Kocherry adds that if the crz rules are tampered with, the nff would move the Supreme Court (sc). The secretaries' decision comes close on the heels of various states' suggestions to relax the crz notification. For instance, Gujarat had proposed to change its crz map in September 1996, as a private jetty near the Narayan Sarovar sanctuary was caught in environmental litigation for trying to change the coastal zonation (Down To Earth, Vol 5, No 8).

Pressure is also mounting from partners of the United Front coalition at the Centre, to change the crz . The erstwhile environment and forests minister J N P Nishad was snubbed by the Kerala chief minister in November 1996, the latter's grouse being that the ministry of environment and forests (mef) was not heeding the states' suggestion to reduce the restricted area in seashores and lake banks from 500 m to 50 m, to provide a boost to tourism and housing.

On March 6, the Andhra Pradesh assembly passed a resolution urging modification of the crz and allow coastal aquaculture. If the mef okays the resolution, the proposed relaxation would provide clearance to controversial projects, including the multi-million dollar Jawaharlal Nehru Port Trust's chemical terminal in New Mumbai, the largest in India. Says Devaki Panini, Centre for Environment Law, New Delhi, "The relaxation will spur hasty clearance of colossal projects, including ports like the one at Ennore, Tamil Nadu, which caters to the North Madras Thermal Power Plant."

In 1991, an mefcrz-i comprises national parks, sanctuaries, reserve forests, mangroves, corals, fish breeding grounds and the area between low and high tide lines (htl). In crz-i, the notification prohibits any new construction within 500 m of the htl. crz-ii comprises areas already developed upto the shoreline; crz-iii comprises relatively undisturbed coastal regions in rural and urban areas, and crz-iv includes coastal stretches of islands. In crz-iv, any construction within 200 m of the htl is prohibited. In crz-ii, the proposed relaxation permits buildings only on the landward side, under certain conditions, while in category iii, no construction is allowed up to 200 m of the htl, except repairs of existing structures. The secretaries' proposals include relaxation of rules regarding construction on the seaward side and in the 200-500 m zone, as per mef sources.

Panini says that crz provisions as such have ambiguities, and provide room for bypassing the law. She says, "The zonation is often deliberately misconstrued and builders, especially in Mumbai, try to get maximum area classified under category ii where reconstruction of authorised buildings may be permitted. In the name of reconstruction, several new buildings have been constructed." Any industry related to the waterfront or requiring foreshore facilities is exempted from the prohibition. In September, 1996, states and union territories had filed their coastal zone management plans, prescribing coastal development without ecological destruction. Five years behind schedule and under the sc's pressure, the mef had barely six months to catalogue and verify India's entire coast.