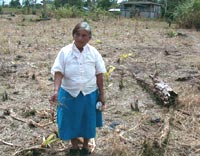 The Colombian government is caught between a rock and a hard place. A court has ordered the country's government to stop spraying Monsanto's glyphosate herbicides on coca and other crop plantations until more research is done on the chemical's possible ill-effects on health and the environment. But the us-backed glyphosate-spraying programme was said to be an effort to control the production of cocaine, which involves use of coca leaves as raw material.

The government, for its part, claims the herbicide is safe and plans to appeal the ruling. In the meantime, it also plans to continue with the spraying. Environmentalists, activists and farmers maintain that the herbicide has already damaged legal food crops and is harmful to human health.