Rattled by the flood disaster last year, popular community radio voices have resolved to take up issues to safeguard their surroundings from further decay 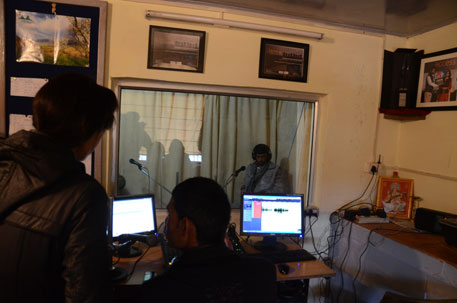 One year after thousands of people went missing in one of the worst natural disasters in the country in the recent times—the Uttarakhand flood disaster—six community radio stations from various parts of the state have joined hands to educate people about environmental conservation and the hazards of unplanned development. The community radio stations have been brought under the umbrella Community Radio Consortium for Environment Protection (CRCEP) on the initiative of Delhi-based media non-profit, Ideosync Media Combine. After a series of workshops and training programmes spread over a period of eight months, the radio stations started airing their programmes from mid-June; the programmes target rural communities in remote areas of the state.

According to the head of Ideosync Media,  Venu Arora, the radio stations have learnt a lot from each other in terms of technical expertise and designing their own programmes. “We organised workshops for community radio producers in different parts of the state. This helped us to gauge some of the issues and understand the importance of environment which goes a long way in disaster preparedness. Over eight months, they learnt policies related to environment and finally got down to designing their programmes,” she says. Once the first programmes are aired, Arora and her team are also going to upload the radio shows on Internet through a common platform called Manch, which will be accessible to community radio producers across the country.

Rajendra Negi, a community radio programme producer from Chamba working with Henval Vani, a community radio channel reaching five blocks in Garhwal region, was devastated last year when the tragedy struck Uttarakhand. “This was the disaster waiting to happen. The kind of unchecked construction, mining along the river beds and deforestation was invitation to the tragedy. All of this culminated in the tragic event of June 16, last year,” recalls Negi. He has been associated with grassroots activism in the region for 15 years and was earlier associated with another community radio station, Mandakini Ki Awaaz.

Push to people to make informed choices
Earlier in March, at one of the workshops organised by Ideosync in Nainital, Negi and his team devised a programme for listeners. His main focus was haphazard road construction, which, he says, led to landslides last year, blocking several roads. “In all these years, what we have seen is that people first demand roads. When the roads damage agricultural fields, they start a movement demanding compensation. Later, when the unplanned construction of roads leads to landslides, there is a movement against the road. If these people make an informed choice right at the beginning when they start demanding roads, then these kind of unplanned construction and hostility between communities and the administration would really come down,” says Negi. 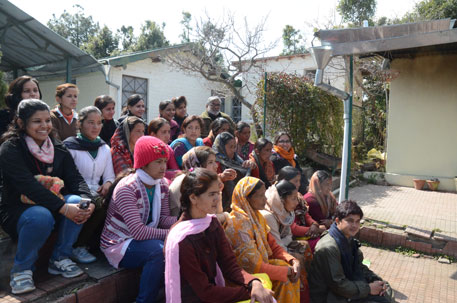 For their research, Negi divided his team into two groups. One went to an interior village, about 16 km from Chamba town, the other decided to study the impact of road construction in a village very close to Chamba. “In order to inform the listeners, we have thought of this programme where we will show the examples from both the villages. One which is close to the national highway and the other in a remote location, and talk about the pros and cons,” he says.

On June 16, Negi and his team aired the first environmental programme at 8 pm. “Keeping our research as the context, we planned a programme in Garhwali, titled “Nau par vikas” (In the name of development). It is of 20 minutes duration; we plan to start the programme with a story-telling session by a local senior citizen, someone who has seen how Uttarakhand has changed over the years. This will be followed by a drama, in which we have three fixed characters representing, jal (water), jungal (forests) and zameen (land), who will narrate stories about past and future while taking up the local issues related to these three things,” says Negi. In the third segment called “kutiyari” (meaning a kit or a pouch), Radio Henval Vani plans to give crucial information related to rights of the people and legal opinions on issues such as public hearing. According to Negi, the first programme was a huge success with five persons calling from different villages telling the radio about their problems. Negi and his team are now working on 12 more episodes in the first phase. 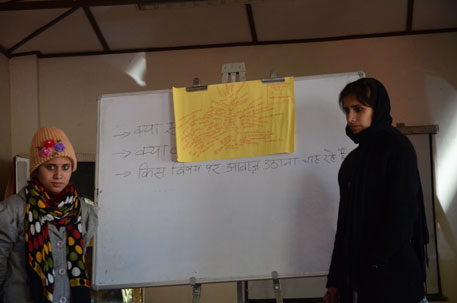 At Kumaon Vani, a community radio station based in Supi village of Nainital district in Mukteshwar block, the producers climb to the top of the mountain where the station is located without making any fuss about the location of the location of their workplace.  The radio station reaches out to four districts and is supported by Delhi-based The Energy Research Institute (TERI). Although Kumaon was not hit by last year’s tragedy, water scarcity, illegal mining and deforestation are big concerns in the region. “We already have a panel which addresses the local communities on various agricultural issues. Now we have planned a radio magazine of a duration of 15 minutes consisting of a chat show and vox pop in which an expert panel will address the issues related to forest rights,” says Hari Singh of Kumaon Vani. For the next two months, a team of 10 to 12 field reporters would be working on the cases reaching the local Van Panchayat in Supi as a part of the research for the topics to be discussed in the chat shows.

Pant university pitches in
A community radio station run by GB Pant University of Agriculture has also started airing programmes on the environment.

Sanjay Kumar from Jan Vani has already made 15 to 20 persons from 180 villages in Udham Singh Nagar district of Uttarakhand members of a Jan Vani club. For the next two months, with the network of these clubs in the terai region of the state, Jan Vani will air one 30 minute show talking about increase in industrialisation and buildings in terai region. “The programme, Concrete ki Jungle (Forests of concrete), will focus on how agricultural land has dwindled in the terai region of Uttarakhand. Between 2000 and 2014, new industries have used up 40,000 hectares of land for factories, malls and new buildings. Our small and marginal farmers, who mainly listen to our radio station for agricultural shows, have often told us about the impacts from such constructions. With the panel of in-house experts from the university, we will be discussing the problems of these farmers,” says Kumar. 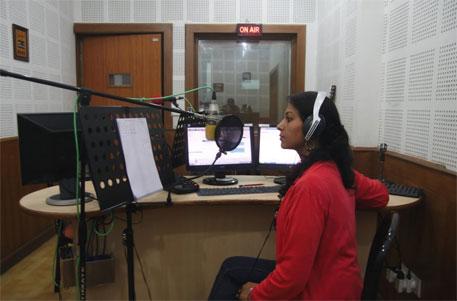 Two urban community radio stations, Radio Khushi based in Mussoorie and Radio Zindagi in Dehradun, have, meanwhile, taken up the topic of illegal building construction. According to Ashish Thapa, a community radio producer with the station, the radio station would name the programme Khawabo Ka Shahar (City of dreams) to talk about unchecked construction in Mussoorie. Similarly, Priyanka Goswami, an energetic radio producer from Radio Zindagi, has designed her radio shows in such a way that it breaks the myth that areas in plains or lower altitudes do not suffer during the environmental disasters in the mountains. “We are already in talks with Dehradun Development Authority to inform our listeners about the rules related to construction of buildings. We have formed a panel of experts who will answer to queries of the listeners calling in,” says Goswami.