Scientists in the US have taken significant strides in solving the mysteries surrounding human birth. Their achievements answer questions related to fertility in women which would make it easier for them to conceive 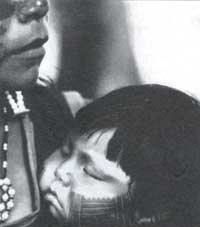 COUPLES seeking parenthood- or not it all - shall heave a sigh of relief that they would not make a mistake, after all. Going by tradition, the few days before and after ovulation (the release of ovum from the ovary) constitute the most fertile period in a woman's monthly biological cycle. Researchers have disproved this popular belief by establishing that a woman's most fertile period lasts for six days, ending on the day of ovulation (The New England Journal of Medicine, Vol 333, No 23).

Ovulation occurs approximately once a month around the l4th day of the 28-day menstrual cycle, in response to a stimulatory cocktail of hormones. Conception which takes place only around the time of ovulation, occurs when an egg is dislodged from its protective follicle in the ovary and becomes available for fertilisation by a sperm. The egg is either fertilised by a sperm leading to pregnancy or is removed from the reproductive tract through menstrual bleeding.

Even though the fertilisation of an egg by a sperm was a well -understood process, relatively little was known about the period which could be regarded as the most fertile. Experts varied in their estimates. However, with the recent developments there remains Do more scope for such speculation.

"Our data seems to indicate that the day of ovulation marks the culmination of the fertile period," says Allen I Wilcox, head of the research team at the National Institute of Environmental Health Sciences (NIEHS) in the US. two hunded twenty-one healthy women planning a child were studied over a four-year (1982-85) period. The urine samples of these women were analysed on a daily basis for the presence and relative abundance of various harmones. These results were compared to reports of sexual activity submitted by them regularly. Researchers reached the conclusion that nearly all pregnancies occured during the six- day period that ended on the day of ovulation.

In addition, the research also attempted to provide information on the length of time for which the sperm and eggs remain viable. "The rapid drop in the probability of conception after ovulation, suggests a short survival time for eggs or perhaps a change in cervical mucus following ovulation that obstructs the entry of new sperm," speculate researchers at the NIEHS.

The results confirm that the sperm retain the ability to fiertilisc an egg Lip to five days after entering the fiernale reproductive tract - a period somewhat longer than what was earlier believed. This also shatters the earlier theory that fertilisation by older sperm results in a higher rate of spontaneous abortions.

The misconceptions floated by some Popular books believing in the ability to influence the sex of the child through sexual intercourse have also been ]aid bare by these findings. Notable among such books is How to Choose the Sex of Your Baby written by L B Shettles, which states that intercourse timed to coincide with ovulation is more likely to produce mate offspring. "We found no association between the sex of the baby and the timing of intercourse," conclude the researchers.

Could infertile couples benefit from the results of the study? "It can alleviate a bit of the anxiety they feel when they think they must have intercourse on a certain day or all is lost," says Howard A Zacur of the US-based Johns Hopkin Medical Institution. Besides placing a question mark on our traditional wisdom, these findings provide crucial tips for practising 'natural family planning'.