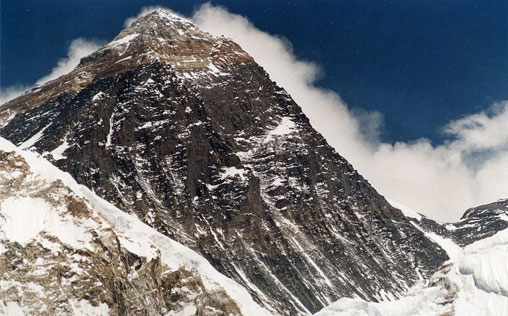 The chief of Nepal’s mountaineering association has expressed concern over the human waste left behind by climbers on their way to the world’s highest mountain peak, Mount Everest.

“It (human waste left by climbers on Mount Everest) has become a problem that is causing pollution and threatening to spread disease on the world’s highest peak,” Ang Tshering told reporters according to a report by Time magazine.

Tshering said that the more than 700 climbers and guides who spent nearly two months on Everest’s slopes each climbing season left large amounts of faeces and urine.

“Climbers usually dig holes in the snow for their toilet use and leave the human waste there,” Tshering said, adding that the waste had been “piling up” for years around four camps set up between the base camp at 5,297 metres and the 8,850-metre summit.

“The issue has not been addressed,” Tshering said.

Nepal government has not come up with a plan yet to tackle the issue of human waste. But starting this season, officials stationed at the base camp will strictly monitor garbage on Mount Everest, said Puspa Raj Katuwal, the head of the government’s mountaineering department.

The government had imposed new rules last year requiring each climber to bring down to the base camp 8 kg of trash, the amount it estimates a climber discards along the route. Climbing teams must leave a deposit of $4,000 which they lose if they don’t comply with the regulations, Katuwal said.