Gender bias comes out as a concern in the assessment conducted by the World Bank; scores likely to influence financial support given to these countries 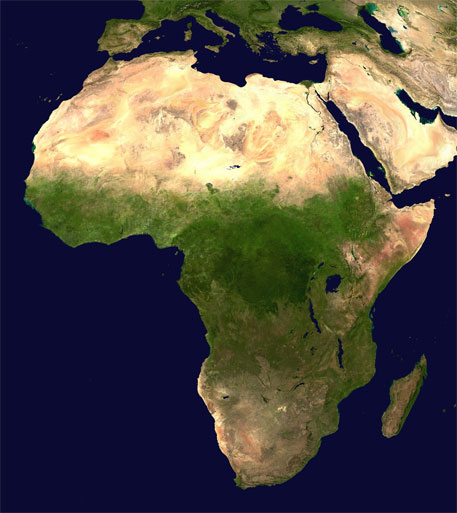 A review of Africa’s policies and institutions has shown that the governments of 20 per cent of countries have improved their policies to boost growth and cut poverty in the continent.

The review, conducted by the World Bank, has highlighted that a considerable economic and social progress could be seen in the countries that were once affected by conflict, but are at peace now.

The latest Country Policy and Institutional Assessment (CPIA) Africa report describes the progress made in low-income African countries to strengthen their policies and institutions that help to spur better development outcomes. The international body has used 16 indicators in four areas—economic management, structural policies, policies for social inclusion and equity, and public sector management and institutions. The score will influence the support these countries get from the International Development Association (IDA), the World Bank Group’s concessional fund for the world’s poorest countries.

“Although there are a number of highly performing countries, African IDA-eligible countries on average continue to lag behind those in other regions in their policy and institutional ratings,” says Francisco Ferreira, Chief Economist for the World Bank Africa Region. “There is still a lot of work to be done in Africa to meet the region’s needs for effective public services, and transparent and efficient government operations…” added the expert.

The CPIA scored countries on a scale of 1–6 (with 6 as the highest and 1 as the lowest). Eight countries in Sub Saharan Africa had a rise in overall CPIA scores. While Rwanda led the tally alongside Cabo Verde and Kenya at score of 3.9, countries like Burkina Faso, Senegal, and Tanzania followed close behind, each with a score of 3.8. The Democratic Republic of Congo achieved the largest gain, boosting its score from 2.7 in 2012 to 2.9. The results show the overall score for Africa was steady at 3.2.

Battered by conflicts, they shine bright

Punam Chuhan-Pole, lead Economist for the World Bank Africa Region and the report’s author said that post-conflict countries, accounted for over half of the improvement in overall CPIA scores in the region. Countries like Cote d’Ivoire, Chad and Democratic Republic of Congo, which were transforming from conflict, saw an uptick in its rating for a third consecutive year, thanks to wide-ranging ongoing policy reforms and developments.

Despite unsettled conditions still persisting in their region and lingering challenges in global economic conditions, Djibouti and Yemen have their scores virtually unchanged, indicating that in the Bank’s Middle East and North Africa region, IDA countries generally opted to maintain their existing policy framework despite the conflicts.
“The Arab Spring uprisings in 2011 brought down the CPIA ratings throughout the Middle East and North Africa region,” said Chuhan-Pole.

Progress with laws and policies that promote gender equality continued to lag behind most other regions. It was also noted that eight countries with a low 2.5 CPIA for gender equality also have extremely high rates of maternal mortality. Cabo Verde, however, was ranked highest (4.5) on this parameter.

Though countries throughout the region continued to score the highest in the area of economic management, some performed better than the others. “This year’s scores show slippages in economic management and weaknesses in the fiscal framework in many countries, including Ghana and Zambia,” says Chuhan-Pole. “By contrast,” Chuhan-Pole says, “several countries, such as the Democratic Republic of Congo, the Congo Republic, Cote d’Ivoire, Nigeria and Rwanda, saw an improvement in debt policy and management.”