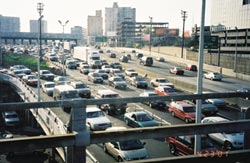 The regulatory authority, California Air Resources Board (carb), has released its draft proposal, Maximum feasible and cost-effective reduction of greenhouse gas (ghg) emissions from motor vehicles. The plan aims to reduce ghg emissions from passenger cars and light-duty trucks in the state of California by nearly 30 per cent. The final draft proposal will be heard by the board in September. The rule is expected to reduce climate change emissions by 85,900 carbon dioxide equivalent tonnes per day statewide in 2020.

Significantly, last year the us Environmental Protection Agency had absolved itself of all responsibility for regulating such emissions. It had stated: "Congress has not authorised the agency to regulate carbon dioxide emissions from motor vehicles."