Asian or African, the origin is the same, say researchers who trace the first Chinese to the dark continent 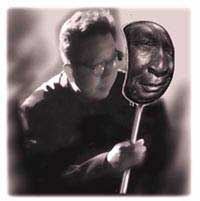 PHYSIOLOGICAL features distinguish Negroids from Mongoloids. And one could never think they could have a common ancestors. But a team of international scientists have a piece of advice: don't judge a book by its cover. According to them, most of the Chinese population has genes of African descent. Difficult to believe, isn't it?

In their new genetic findings, these researchers dramatically illustrate how the two "ethnic" groups have 5 inherited the same characteristics. And how, overall, they are descendants of a single population group that may have migrated to China from the dark continent millions of years ago. It undermines any claim that modern humankind evolved independently in China.

The findings, published in the proceedings of the National Academy of Sciences, is a product of the Chinese Human Genome Diversity Project, a consortium of seven major research groups in China, and the Human Genetics Centre at the University of Texas, Houston. It was funded by the National Natural Science Foundation of China. According to the researchers, people living in northern and southern China cluster into distinct regional genetic populations and share similar characteristics. These groups can be further divided into smaller, separate genetic groups.

The Chinese government recognises 52 ethnic groups. The 1.1 billion-strong Han community comprises the bulk of the population. The rest of the groups account for 100 million people spread across the country. Using advanced DNA analysis, the researchers created detailed genetic profiles of 28 of China's official ethnic groups, which make up more than 90 per cent of the country's population. This was done with a view to understand the roots of complex diseases like diabetes and hypertension. While trying to understand the relationship between these ethic groups, the researchers also studied the ancestry of the people in east Asia, who, like everyone, carry in every cell of their bodies genetic hints to their evolutionary history.

The researchers used a special set of genetic markers called microsatellites to study the diverse genetic inheritance of such an enormous population. Microsatellites are extremely short chemical segments of DNA that mutate very rapidly. That allows scientists to use them as signposts to mark how populations diverged or merged over time, reconstructing their evolutionary journey through time and across the continents to their contemporary abodes.

The scientists looked at 30 such microsatellite markers across 28 population groups and compared the pattern with 11 other population groups around the world. "Population from east Asia always derived from a single lineage, indicating the single origins of those populations," researchers said. "It is now probably safe to conclude that modern humans originating in Africa constitute the majority of the current gene pool in Africa," he added.

Most anthropologists believe that Homo erectus, humanity's prehistoric forebears, migrated out of Africa in waves more than a million years ago. They went on to conquer Europe, central Asia and Asia. Then, according to some scientists, several hundred years later, a second wave of more sophisticated tool-using humans migrated out of Africa and overwhelmed the previous conquerors. The second hypothesis traces present day humans' ancestors to the tool-users.

Still, there are a few who belong to a different school of thought. They do not think that there was a second wave of migration. According to them, modern humankind emerged in China and elsewhere as colonies of Homo erectus intermarried in the global network of relationships.

"The issue is about whether people have multiple ancestors from many places or one ancestor from one place," said Milford Wilpoff, a University of Michigan anthropologist and a leading advocate on the multi-regional hypothesis. He, however, did not dispute the findings of the China study. He said it measured the genetic effects of population shifts during the relatively recent prehistoric past. "The China study is dealing with events that are much younger than the issue of modern human origins," Wilpoff said.

The new findings have disappointed some geneticists as well as some Chinese, who would like to believe in the "independent" theory of evolution. "The genetic community in China is in favour of the idea of independent origin of the people of China," said Li Jan, the senior scientist who guided the genetic analysis. Moreover, recent fossil discoveries in China, which attest to the great antiquity of human settlement in east Asia, have been a source of national pride. "But this is another confirmation of African origin," says Li. Can pride overwhelm history?