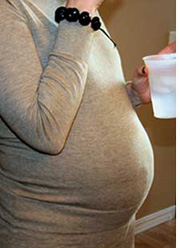 treating drinking tap water with chlorine makes it bacteria-free. But its by-products may increase the risk of abnormalities among newborns, says a recent study. Researchers studied data on 400,000 infants in Taiwan and by products of chlorine in the water separately from 2001-03. Using these two sets of data, the researchers assessed exposure in mothers who were expecting.

Of the 400,000 infants, 0.5 per cent cases had one or several birth defects, said researchers of the study jointly conducted by China Medical University, National Chung Kung University and Diwan College of Management in Taiwan and University of Birmingham, uk.

They also compared the risk of 11 common birth defects with exposure to high, medium or low levels of the by-product total trihalomethane (tthm). Results showed that exposure to high levels of tthm substantially increased the risk of three common defects: holes in the heart (ventricular septal defect), cleft palate and failure of neural development resulting in the absence of a major portion of the brain, skull, and scalp. Exposure above 20 g/l was associated with an increased risk of 50 to 100 per cent, compared with levels below 5 g/l. These results were corroborated by additional analyses, using pooled data from a number of similar studies.

"The biological mechanism for how these disinfection by-products may cause defects are still unknown," says Jouni Jaakkola, the lead researcher from the University of Birmingham. "Our findings suggest that exposure to chlorination by-products may be responsible for some specific and common defects." The study was published in the June 2 online edition of Environmental Health. However, Rakesh Yadav, a cardiologist in aiims, New Delhi, says, the study only makes an observation. He says he hasn't come across cases of ventral septal defect due to chlorine disinfectants.

Scientists in Calcutta University had shown recently that exposure to treated water could lead to breakdown of the genetic material in yeast cells (see 'Treating the treatment', Down To Earth, February 29, 2008). Drawing a parallel between the yeast cells and human foetus, Dhrubajyoti Chattopadhyay, professor of biochemistry, Calcutta University, says that chlorine would impact an organism differently, depending on the organism's weight.

Finding safer ways of treatment is crucial because 250 million people in urban India depend on municipal water for drinking. A private company in Mumbai has come up with an alternative disinfectant, which they call twin oxide. "who has approved the chemical (clo2) developed by European researchers. It is much safer than chlorine and does not form by-products. Maharashtra has also approved it but municipalities have not yet used it as government procedures take time to materialize," said Manohar Lal Bang, owner of the firm.