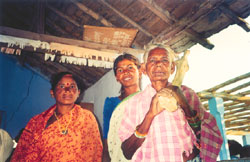 the World Bank has cleared us $108.2 million credit for Andhra Pradesh's community forest management programme. The move has created an uproar in the state with non-governmental organisations (ngos) alleging that negotiations for the loan have not been transparent. In fact they have slammed the state government's move to rename its joint forest management (jfm) programme as the community forest programme, dubbing it as a mere cosmetic change to attract funds from aid agencies.

Though Andhra Pradesh has pursued this tranche for close to two years, ngos and local community members see the project as a tool for the state forest department to grab tribal lands under the guise of forest protection. They allege that promises made to the communities, like revenue sharing in the first phase of the programme during 1994-2000, have not been fulfilled.

The long-awaited credit was cleared after the completion of the first phase of the state's forestry programme, which was also supported by the World Bank. "Both the state government and the communities have been champions of change," says Constance Bernard, World Bank sector director for rural development.

The renaming exercise appears to have been undertaken to give the programme a more people-oriented image. To be implemented in the state's 14 poorest districts, the project will cover 3.86 million hectares (ha) of forestland to be regenerated and managed.

Though officials claim that the second phase of the project will correct the mistakes made during the first phase, ngos are not convinced. "The first phase had actually seen the tribal population being coerced into vacating forestland on which they had been exercising traditional rights," claims Ravi Pragada, secretary of Hyderabad-based ngo Samatha, working in the field of forestry management.

While forest department officials claim that the land was voluntarily surrendered by the local people, tribals are now demanding that they be handed back the vacated tracts. Over 15000 ha of land was taken over as part of the jfm programme in the first phase.

In a letter to the country director of the bank in February 2002, a group of ngos cautioned the bank about this matter. In response, the bank sent a consultant to speak to the activists. "But the most contentious issue of tribal lands being vacated for the project was not addressed. The bank never informed us before finalising the project with the forest department," says Sowmitri of Andhra Pradesh's ngo Committee of Community Forest Management, a federation of ngos dealing with forestry issues.

Interestingly the World Bank admits that 28 per cent of the population in the project areas will be affected by it and has even prepared resettlement plans for them. "What does this imply? Isn't this a give-away?" asks Pragada. However, the state's principal chief conservator of forest, S K Das, says that there has been no forceful eviction of tribal population. "They voluntarily vacated lands legally belonging to the forest department," says Das. He adds, "In the second phase more power has been given to the community and the forest department will only be a facilitator."