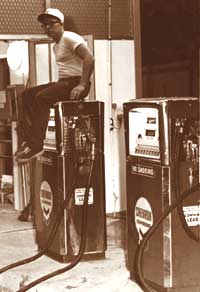 a team from Kolkata claims that cord blood collected from the placenta -- post healthy childbirth -- raises haemoglobin levels among those suffering from malaria-related anaemia, which is common in children and expecting women. Placenta is a rich source of cord blood. It contains 60 to 80 per cent foetal haemoglobin, which can carry 60 per cent more haemoglobin than adult haemoglobin. To combat anaemia, expensive options such as concentrated fresh red blood cell (rbc) transfusion, erythropoietin (a type of hormone that helps in rbc production) injection, and blood substitutes are available.

Looking for alternatives, a team led by Niranjan Bhattacharya of Bijoygarh State Hospital, hit on placental blood. "There was a sustained rise of haemoglobin on the seventh day after transfusing cord blood to patients with malaria-induced anaemia," said Bhattacharya. "No clinical immunological or non-immunological reaction were seen."

The team first aseptically collected human placental umbilical cord blood. The blood was then tested for blood group, human immunodeficiency virus, hepatitis b and c , malaria, and infections and transfused to 22 malaria patients with Plasmodium falciparum and 17 with Plasmodium vivax. The level of haemoglobin, glucose, bilirubin, creatinine and urea were measured before and after the transfusion to see its effect on haemoglobin as well as its impact on the liver, kidney and metabolic profile.

The collected volume varied from 52 ml to 143 ml. Each patient received two to six units (one unit is the amount of blood obtained from one birth) freshly collected cord blood transfusion (two units at a time). The pre-transfusion haemoglobin in the malaria-infected patients varied from 5.4 to 7.9 gm/decilitre (dl). The rise of haemoglobin within 72 hours of two units of cord blood transfusion was 0.5 gm/dl to 1.6 gm/dl.

"This effect could be due to the bone marrow stimulating effect of cytokines (protein molecules generated during immune response) of the placental blood," says Bhattacharya. "There was no detected rise of serum creatinine, urea, glucose, bilirubin, among the recipients of two units of cord blood, when compared to the pre-transfusion level," he claims in a recent issue of Malaria Journal (Vol 5 No 20).

A cheap cure for malaria-induced anaemia could be in the offing.