Could Bhopal gas victims have got more compensation? 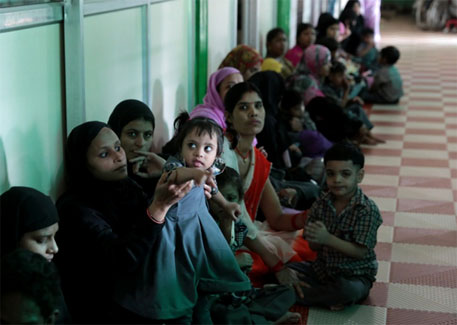 Thirty years after the Bhopal gas tragedy, as victims still battle for a fair and complete compensation, documents accessed by Down To Earth show that Union Carbide could have been made to pay a much larger compensation than that proposed by Indian courts had the then Congress government pursued the matter.

In a letter (dated May 31, 1988) written by former Tata Sons Chairperson JRD Tata to the then Prime Minister Rajiv Gandhi, Tata conveyed former US Secretary of State Henry Kissinger’s message saying that Union Carbide would be willing to pay “a substantially higher amount than that proposed in the extraordinary judgments of two Indian courts”. This, Kissinger had said, would be possible only if an out-of-court settlement approved by the government were not criticised by political opponents.

According to Tata, Kissinger was consultant and advisor to large corporations like Union Carbide in the US. He wrote that Kissinger was concerned about “the long delay” in reaching an agreement over the amount of compensation to be paid to Bhopal gas victims.

Tata wrote of how Kissinger thought that the Indian government should take advantage of Union Carbide’s stance on the out-of-court settlement.

“Public opinion, he (Kissinger) thought, would strongly support such a settlement as it would not only give the victims a very generous compensation, for which they had waited so long, but would give it to them now instead of after a long, further delay in litigation,” Tata wrote in the letter. The letter, however, does not mention any figures of compensation.
Rajiv Gandhi replied to Tata in a letter dated June 14, 1988, saying, “The suggestions will be given consideration.”

Eight months later, in February 1989, the Supreme Court finally ordered a settlement. It quashed all criminal and civil claims proceedings and asked Union Carbide India Limited to pay US $470 million as the full and final amount to Union of India. This was seen as a climb-down from the initial three-billion- dollar claim filed by India in a New York district court.

Five social organisations working for the victims of the gas leak have presented a fresh charter of demands to the Madhya Pradesh, Indian and US governments, as well as, Union Carbide Corporation and Dow Chemical.

Accusing the governments of aiding corporate crime, the organisations have demanded that the US extradite Union Carbide Secretary John McDonald to answer charges of manslaughter and grievous assault in the Bhopal district court. They also asked the US government to “acknowledge and express regret” for rejecting requests by the Indian government for extradition of Warren Anderson, former CEO of Union Carbide who died on September 29 this year.

They have asked the Indian government to pay additional compensation to victims who were given only Rs 25,000 as compensation, revise the figures of the dead and injured according to the curative petition before the Supreme Court and intervene in the US Federal Court seeking clean-up of toxic contamination in the factory area and its surroundings.