Countries call for concerted action on dementia at WHO meet

By 2030, 75 million people are estimated to be living with the condition 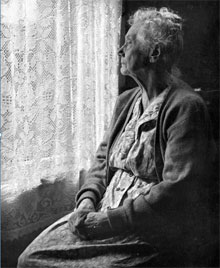 Eighty countries adopted the Call for Action on dementia on March 17 at WHO’s first Ministerial Conference on Global Action Against Dementia.

The Call for Action document states that the personal, social and economic consequences of dementia are enormous. Dementia leads to increased long-term care costs for governments, communities, families and individuals, and to productivity loss for economies. The global cost of dementia care in 2010 was estimated to be US $604 billion–one per cent of global gross domestic product.

By 2030, the cost of caring for people with dementia worldwide could be an estimated US $1.2 trillion or more, which could undermine social and economic development throughout the world. The document says nearly 60 per cent of people with dementia live in low- and middle-income countries, and this proportion is expected to increase rapidly during the next decade, which may contribute to increasing inequalities between countries and populations.

Participants agreed to raise the priority accorded to global efforts for dementia, raise public awareness, facilitate innovations to help patients and strengthen efforts to support plans and policies for people living with dementia in low- and middle-income countries.

The condition currently affects more than 47 million people worldwide. By 2030, 75 million people are estimated to be living with dementia, according to WHO. Often hidden, misunderstood and underreported, dementia impacts individuals, families and communities and is a growing cause of disability. It impairs the cognitive brain functions of memory, language, perception and thought and interferes significantly with activities of daily living.