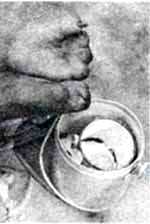 FOR almost an year now, the Bombay-based Cancer Research Institute (CRI) and Delhi's National Institute of Immunology (NII) have been squabbling over credit for the development of an anti-leprosy vaccine. The controversy has taken a fresh twist with the Delhi-based Society for Scientific Values (SSV), an independent watchdog organisation examining scientific issues, recently blacklisting NIl's former director G P Talwar for misrepresenting facts pertaining to the NIl's research.

According to SSV secretary Krishna Lal, who is also a deputy director of the Delhi-based National Physical Laboratory, Talwar claimed that the Nil had used "killed" bacillus, 'while his research reports indicated 'live' bacillus had been used". In subsequent correspondence, Talwar, apparently, accepted his "mistake" and attributed it to a student of his.

But, says SSV member P N Tiwari of the Indian Agricultural Research Institute, "We felt it was a serious lapse, because scientific data was being misrepresented."

The SSV, which is headed by former Jawaharlal Nehru University vice-chancellor P N Srivastava, 'has made Talwar, presently professor of eminence at the NIl, ineligible for admission to the society. It will also dismiss all nominations made by him on the grounds of "unethical and dishonest activity in science". Talwar, however, has not applied for membership in the SSV.

But Talwar's colleague at the NIl, senior microbiologist Rama Mukherjee, says, "There is nothing in the present data to show that 'live' bacillus was used. I don't know on what basis the society took such action."

The society has also communicated its decision to the department of biotechnology (DBT), which is funding the NIl's research on the vaccine. But DBT secretary C R Bhatia says that trials of the vaccine were at an advanced stage and DBT funding for the vaccine project will continue.

This episode is the latest in a long-running drama over the development of the anti-leprosy vaccine. CRI director Mahadev Deo has consistently maintained that the vaccine developed by the Nil was based on an organism, Mycobacterium-W (MW), isolated by his institute.

But the NIl has maintained that Mycobacterium-W (MW) was isolated at the All India Institute of Medical Sciences in 1978. Says Rama Mukherjee, "Whether it is the same organism can only be settled through molecular and microbiological characterisation, which has to be one by a third party."

The DBT, which -was supposed to play a mediatory role, had called for samples of both vaccines for testing at the Hyderabad-based Centre for Cellular and Molecular Biology. But, says Bhatia, "The CRI did not provide us with the samples."

While Talwar was out of the country and could not be contacted, Mukherjee says, "It is unfair to blacklist him."

Agrees Bhatia, "It is a strange kind ofdecision. It prevents him (Talwar) from seeking membership of the Society. But I don't think he has sought membership. And they have not dearly stated that he has committed any form of'fraud'".

With both vaccines undergoing field trials, the issue will have to be settled before either is introduced into the market.