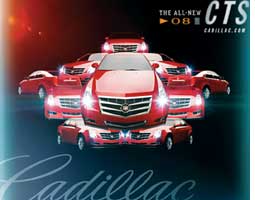 The auto industry in the us is going through a massive makeover by cutting down on traditional advertisements. The sharp downturn in the auto industry--with big names like General Motors (gm) facing a reported us $15.5 billion quarterly loss--has turned them to the Internet for advertising which is hurting profits of newspapers, magazines, broadcast television and radio. In the first quarter alone, the auto industry spent us $414 million less on advertising than in last year's first quarter, according to the media survey group, tns Media Intelligence. Newspapers have faced the hardest blow with a loss of us $131 million, much of which is from local dealerships who can't seem to sell their cars. Magazines lost us $72 million in the first quarter. The worst hit is Time Inc., the nation's largest magazine publisher, which has seen a us $66 million drop in the second quarter.