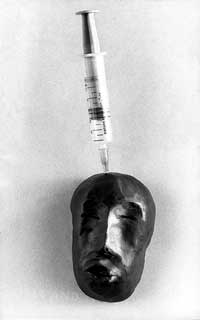 using 'inadequate' vaccines to fight diseases like malaria could lead to outbreak of more virulent forms. This warning was given in a new study by researchers at the University of Edinburgh, England, the uk.

According to the scientists, though many vaccines save people from dying, they are not 100 per cent effective as they do not stop individuals from carrying and transmitting disease causing organisms. This enables the disease to evolve into a deadlier form, which can become resistant to existing vaccines. The study suggests that over a period of time the new strains could kill more people than any vaccination programme would save.

The scientists used mathematical analysis to examine the effect of partially effective, or 'imperfect' malaria vaccines. The malaria vaccines were examined because they are good examples of 'imperfect' vaccines (www.nature.com , December 16, 2001). "Using inadequate vaccines or those that are not 100 per cent effective could erode benefits such as saving lives. This will take away population-wide benefits such that overall mortality rates would remain unaffected, or even increase depending on the level of vaccination coverage," said Andrew Read, a researcher at the university's Institute of Cell, Animal and Population Biology.

However, some scientists have disputed the findings of the study. According to them, the study is based on a theoretical model, which uses untested assumptions that may be incorrect. They noted that no human population vaccinated for any disease has shown evidence of what Read's team claims. "I think of this as adding one more item to the list of things that we should watch for as vaccines are used," said Marc Lipsitch, an expert in epidemiology at the Boston-based Harvard School of Public Health. " It raises a theoretical possibility that many people may not have thought of before ... (but) it's not actually sounding an alarm that something is happening or is about to happen," opined Lipsitch.

Nevertheless, these findings have policy implications for the development and use of vaccines and future vaccination programmes.