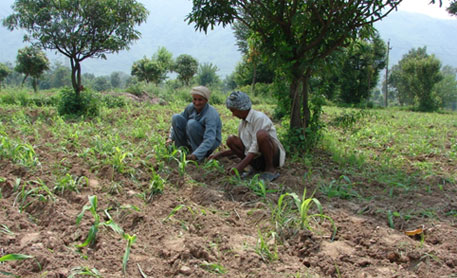 The world will face a huge food crisis in the next three decades if production grows at present rate, says the fifth report of US-based The Global Harvest Initiative (GHI). India would be able to meet only 59 per cent of its total food demand by 2030, according to the current trend.

GHI released the Global Agricultural Productivity Report (GAP Report) at the World Food Prize Symposium on November 6. Every year, the report measures the current rate of agricultural productivity against growing global population and their food demand.

GHI’s members include biotech giant Monsanto, embroiled in several controversies related to the genetically modified seeds developed by the company. Other members include Accenture, DuPont Pioneer, Elanco and John Deere.

The report is critical of India’s subsidy policy for the farm sector. It states, “Government subsidies to farmers for fertiliser, electricity and irrigation increased more than eightfold between 1990-1991 and 2006-2007. Areas receiving the highest subsidies regularly underperform than those with lower subsidies.”

The report pointed out that the “misuse” of fertilisers, instead of “overuse” or “overdependence”, puts 60 per cent of agricultural land at risk.

Sub-Saharan Africa will face huge challenges by 2030, with countries being unable to meet nearly 85 per cent of the demand for food. The report projects that these countries will require significant imports, food assistance or opening up of new land to development which may not be suitable for sustainable production.

In East Asia, only 67 per cent of the food demand of 2030 will be met from within the region, if the current rate of productivity growth is maintained.

Latin America, however, is expected to exceed demand with Argentina, Brazil, Chile, Paraguay and Uruguay leading this increase in productivity. The report projects that this region will likely serve as a critical source of food and agricultural supply to Asia’s growing and more affluent urban population.

The report claims that meeting the rising demand for food requires private investment and innovation in agriculture.
It states that the global rate of growth in productivity is beginning to stagnate and calls for investment in “proven” strategies that boost productivity and conserve the natural resource base.