Cut the sugar in your diet: WHO

Restricting intake of free sugars to six teaspoons or less per day can help to reduce incidence of non-communicable diseases drastically, says the world health body 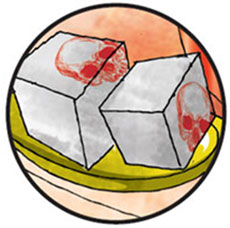 The World Health Organization has asked people to reduce their daily intake of free sugars. Its new guidelines released on Wednesday recommend that people get less than 10 per cent of their total energy intake from free sugars. “We have solid evidence that keeping intake of free sugars to less than 10 per cent of total energy intake reduces the risk of overweight, obesity and tooth decay,” says Francesco Branca, director of WHO’s Department of Nutrition for Health and Development. “Making policy changes to support this will be key if countries are to live up to their commitments to reduce the burden of non-communicable diseases [NCDs].”

WHO further suggests that a reduction in consumption of sugar such that it provides less than 5 per cent of total energy intake per day would provide additional health benefits. Reducing sugar intake to 5 per cent would roughly translate to approximately 25 grams or 6 teaspoons of sugar per day.  The guidelines, Sugar Intake for Adults and Children, are available at this link

The guidelines are a part of WHO's efforts to prevent NCDs through diet modification. Reduction of free sugars intake was first recommended by the WHO Study Group in 1989 and further discussed in 2002. In March 2014, WHO opened a public consultation on sugars guideline and received more than 170 comments from representatives of government agencies, United Nations agencies, non-governmental organisations, industries and academic institutions as well as other interested individuals.

Many parts of the world like Spain and the UK derive as much 16-17 per cent of their energy from free sugars. High amounts of sugar can be consumed unknowingly as they are hidden in processed foods that are not usually seen, such as sweets. For example, 1 tablespoon of ketchup contains around 4 grams of sugar and a single can of sugar-sweetened soda can contains up to 40 grams of free sugars. The industry is usually averse to reducing the amount of sugar in their products. In 2004, WHO had tried to put in place the global strategy on diet, physical activity and health. Industry pressure had derailed the project at the UN general assembly in 2011 when UN adopted resolution to fight chronic lifestyle diseases, without targets or commitments.

WHO does not put strictures on sugars in fresh fruits and vegetables and in milk because there is no reported evidence of adverse effects of consuming these sugars. The guideline could help WHO reach the targets set by the Global Action Plan for NCDs 2013-2020, which aims to halt the rise in diabetes and obesity and reduce the burden of premature deaths due to chronic diseases by 25 per cent by 2025.

Dietary sugars and cardiometabolic risk: systematic review and meta-analyses of randomized controlled trials of the effects on blood pressure and lipids1–3