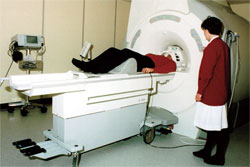 SUPERCONDUCTIVITY was discovered nearly a century ago and is used in MRI scans and Maglev trains. But materials behave as superconductors at extremely low temperatures (-250°C and below). This limits the use of superconductors because the process of cooling is cumbersome and costly. Usually liquid helium is used to obtain such temperatures. The first sup erconducting material found in 1911 di splayed superconductivity at - 268.9°C.

So far, superconductivity closest to room temperature has been found at -150°C. It is possible with a material made from mercury and copper oxide. It used liquid nitrogen for cooling which is expensive but cheaper than helium. To remove this requirement, researchers world over are trying to find superconductors that work at higher room temperature.

In a study led by Tohoku University, Japan, the physicists studied a new copper- based superconductor known by the chemical name YLBLCO. It is known that copper-based high-temperature superconductors are created by taking a non-conducting material and either adding or removing electrons from its crystal structure.

But YLBLCO is unique—it can be made superconducting by both adding and removing electrons, making it ambipolar. The research was published in August 2010 issue of Nature Physics. In another research published on January 21 in Science, a team of scientists from Tokyo and Rutgers in the USA, talk about a new class of superconductors, based on metal ytterbium with formula YBALB4.

Unlike other superconductors, it does not need high pressure, magnetic fields, or chemical impurities to lower resistance to allow unhindered flow of electricity. “This superconductor works at -272°C. So its practical application is very limited,” said A K Ganguli, professor at Department of Chemistry in IIT-Delhi.

Another area where intense research is being carried out is iron-based superconductors discovered in 2008. Researchers at IIT-Delhi led by Ganguli have been working on this class of compounds and have proposed a new methodology to synthesise them. They have developed superconductors with enhanced current density by modifying the structure.

The most unusual thing about these superconductors is that they display “superconductivity despite having magnetic ions and can be used as superconductors even in very high magnetic fields,” Ganguli said. This makes them useful in MRI machines.

The wires made from YBCO would be used by Ghodawat Energy Pvt Limited in Kolhapur, Maharashtra, to establish wind turbine-based electrical systems. The production is based on a patented technology provided by American Superconductors. The wires would enable a more cleaner, efficient and reliable generation of electric power.

In a recent industry–academia collaboration researchers at Universitat Autònoma de Barcelona and Institute of Materials Science of Barcelona and electrical firms Labein Tecnalia, Nexans and Endesa, made a 30-metre-long cable and the terminals needed to connect it to the network using the high-temperature superconducting material BSCCO (Bism uth, strontium, calcium and copper oxide).

The wire is capable of transporting an electrical strength of 110 MVA, which is five times more than a conventional copper cable of the same dimensions. The cable can reduce energy loss by 50 per cent, the researchers noted. Currently, sixty per cent of the energy produced is wasted. By making use of such superconductor electrical systems primary energy consumption can easily be reduced by 10-15 per cent.