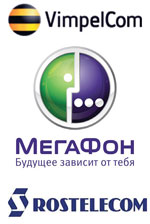 One day there will be thousands of volunteers out there patrolling the Internet in Russia.

That is the dream of a new organisation launched in the first week of February, the League of Internet Safety.

He also talked about eventually expanding that mission to policing other “negative” content—he did not say exactly what that meant, causing suspicion among many of the country’s bloggers.

The Russian Internet is the most independent media in Russia. Anton Nossik, one of Russia’s most famous bloggers, feared the League would be akin to China’s cyber-militia, which screens websites to report to the authorities.