Cyclone rains may lead to floods from Hirakud 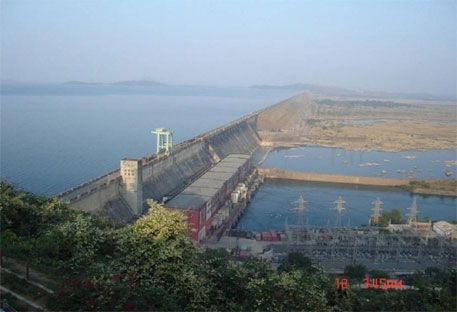 Super cyclone Phailin hits Odisha coast this evening. While it is likely to cause extensive damage, it may also put a question mark over water management of Hirakud dam. As heavy downpour is predicted in the upper catchments of the Mahanadi river in Chhatisagarh, it is testing time for the dam authority. Dam officials are, however, confident that the reservoir has sufficient space to store enough water in case there is heavy rain in the upper catchment of the Mahanadi river.

Hirakud dam authority sources said that enough water has been released from the reservoir in the past two days to make space to store enough water in case there is a heavy rain in Chhatisagarh because of super cyclone Plailin. Initially water was released through 23 sluice gates after the cyclone alert. Later, 10 gates were closed and water was released through only 13 gates. Superintending engineer of Hirakud Dam Circle, Rabindra Kumar Panda, told The Down To Earth that the water level at the reservoir was maximum when the dam authority began to release water from the reservoir. 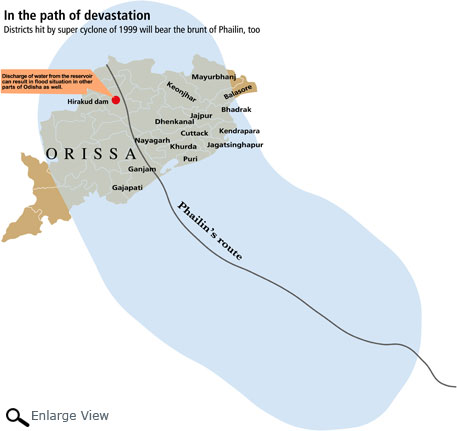 “Water level in the reservoir was maximum at the 630 ft (192 metre) when we began to release water from the reservoir following the cyclone alert. Water was released through 23 sluice gates. Later we closed ten gates. Later another eight gates were closed. After sometime we will close all the gate,” said Panda. “We have brought down the water level from 630 ft to 621.21 ft (189.34 metre). So, we have brought down the water level by nearly 9 ft (2.74 metre). It is enough space to accommodate any kind rain fall,” said Panda. “We know there is a prediction of heavy downpour in Chhatisgarh because of the super cyclone, but we are prepared,” he added.

Non-profit working in the water sector, Water Initiative Orissa (WIO), however, said that Hirakud dam reservoir still poses a danger. Convener of WIO Ranjan Panda said there were reports from WIO members who stay near the reservoir that there is rough wind over the vast reservoir and people apprehend rainfall at the upper end. “At the moment, cyclonic rains have already started showering the Mahanadi delta. At 621ft level, Hirakud dam's safety is already in jeopardy. If it’s caught between rains both upstream and downstream, things will just get worse.

Meanwhile, flood alerts have been sounded by Sambalpur district administration. “Even though Hirakud flood gates have released a lot of water, the dam is still at an unsafe level.  The predicted rains in Chhatisgarh may spell doom for people living downstream of the dam,” he added.