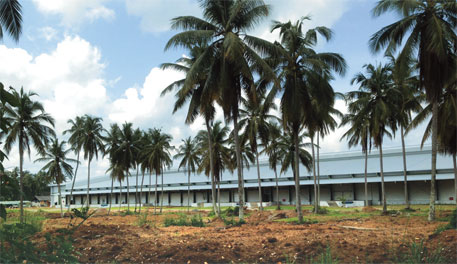 DABUR India’s first venture into neighbouring Sri Lanka has run into controversy. Days after Sri Lanka’s economic development minister Basil Rajapaksa inaugurated the fruit-based beverage manufacturing facility of Dabur Lanka on May 3, people are up in arms against the project. Residents of Kotadeniyawa village in Western Province, where the plant is located, have also sent a petition to President Mahinda Rajapaksa, saying that the plant will deplete the region’s groundwater level and hamper agricultural activities.

Spread over 20 hectares, the plant will produce fruit juice for Dabur’s signature brand Real. The government has allowed it to extract 342,000 litres of water a day.

A recent study by the Center for Environment and Nature Studies (CENS), a non-profit in Sri Lanka, shows that the residents’ concern is not unfounded. Raveendra Kariyawasam, national coordinator of CENS alleges that the environmental impact assessment conducted for the project is flawed. The assessment was done during monsoon last year, whereas groundwater of the region remains significantly low during other seasons. Raveendra says rampant extraction of groundwater will affect the region’s traditional water-intensive crops such as paddy and coconut as well as the ecosystem.

In 2011, Fiezel Mansoor, a coconut farmer from the village, sued the Environment Division of Sri Lanka’s Board of Investment (BOI) for allowing a water guzzling industry in the area. BOI is the investment promotion agency of the Sri Lankan government. Mansoor says documents produced by Dabur in the court show the National Water Supply and Drainage Board has drilled three deep borewells for the plant. Each well can yield up to 252,000 litres of water a day. But no yield test was conducted during the dry season to show the actual groundwater availability in the region. Mansoor also criticises the country’s environmental policy, which mandates environmental impact assessment only if a project extracts 50 million litres of groundwater a day. “This is unscientific. Nowhere in Sri Lanka does such huge extraction take place,” he adds.

C R Panabokke, a former director of agriculture in North-Central Province, says there should have been more investigation on the impact of the project on the existing aquifer system before giving it the go-ahead.

Residents are also irked because Dabur Lanka’s annual report shows the company will export about 90 per cent of its product to southern India and other countries, and will employ just 75 people. “Dabur Lanka neither generates employment for Sri Lanka nor manufactures anything for domestic consumption. Why should it be allowed to exhaust our groundwater resources?” asks Mansoor.

Following the petition by Kotadeniyawa residents, Ratalanda Thero, chairperson of the District Council, has asked the district secretary to look into the matter.