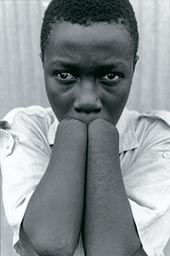 On February 26, 2003, a World Trade Organisation (wto) body granted concessions that would allow its members to regulate trade in 'conflict diamonds' under an international scheme.

The wto Goods Council -- the decision-making body on trade in goods -- recognised that the business of rough diamonds in some parts of Africa had fuelled armed conflicts. It, therefore, agreed to allow countries to take the necessary domestic trade measures, specified under the Kimberley Process Certification Scheme, to restrict the imports and exports of rough diamonds.

The scheme, signed in November last year, aims to prevent 'conflict diamonds' from entering the legitimate diamond trade. Illegal trade in these diamonds provides precious resources for funding the activities of rebel movements aimed at undermining or overthrowing governments. It also aids the trafficking of armaments.

The council's recommendation comes close on the heels of a request made by 11 countries led by Canada, Japan and Sierra Leone. Once the wto General Council approves it, the decision would take effect immediately and continue till December 31, 2006.