Laws to regulate disposal of hospital wastes have been 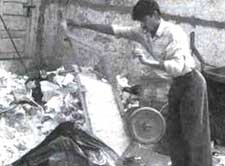 The minister of environment and forests, Suresh Prabhu, signed the notification after it remained in cold storage for three years. An expert committee had issued the first draft rules in April 1995. "The rules are radically different from the first draft and they have been formulated after consultations with non-governmental organisations (NCOS), the medical community , citizens' groups and regulatory bodies," says Ravi Agarwal of Srishti, a NGO which has been working on issues relating to medical waste.

The notification insists on environmentally sound technologies of waste management and suggests that hospitals pool facilities to cut costs. It also recommends staggered implementation till 2002, thus giving time for capacity building. Based on the "polluter pays principle", the rules will be applicable to all medical facilities, including nursing homes and small clinics.

In March 1996, the Supreme Court had ordered all hospitals instal incinerators or alternative technologies to disinfect medical wastes. In implementing the order, hospitals used the single technology of incineration for all hospital wastes, regardless of class and type. This created tremendous problems due to the release of dangerous substances such as dioxins and furans, which are carcinogenic.

The new rules focus on technology and engineering issues appropriate to the requirement of wastes. They call for a simplified, "three-colour scheme" for segregation of wastes and specification of how each kind of waste should be dealt with. The first category comprises infectious wastes such as human tissues, organs and body parts which are classified as yellow. The second comprises items contaminated with blood such as bandages, represented by red. The third consists of plastic and glassware, including syringes, tubings and bottles, denoted by blue.

The first is to be disposed off through incineration and deep burial, the second by autoclaving (high-pressure sterilisation using steam) and microwaving, and the third by simple disinfecting. Says Agarwal: "This will put an end to the sale of outmoded technologies to hospitals, which are unworkable in the Indian context."