Private labs were reportedly charging as high as Rs 10,000 for a single test 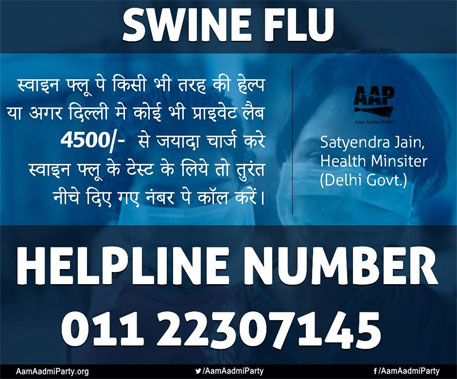 Directorate of Health Services (DHS) of the Delhi government has placed a cap of Rs 4,500 on swine flu tests in private laboratories of the city. The Centre had asked Delhi government to control the prices of these tests after several media reports highlighted that private labs were charging exorbitant prices.

Director General of Health Services Jagdish Prasad had written to the Delhi government, asking it to apprise the Centre of steps taken to ensure that there is no overcharging by government-authorised private labs. It also identified the National Centre for Disease Control, Vallabhbhai Patel Chest Institute and All India Institute of Medical Sciences as government labs with adequate capacity for testing.

While the test is conducted free of cost in government labs, private facilities charge anywhere between Rs 2,500 and Rs 10,000 due to a lack of regulations. Delhi government has also launched a helpline number on which people may report instances of overcharging.