Judgement is a milestone development in addressing growing burden of obesity, diabetes and heart disease, says Sunita Narain of Centre for Science and Environment 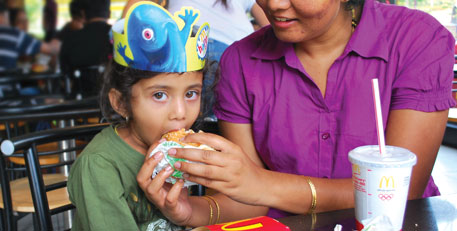 The Delhi High Court has ordered the regulation of junk food consumption among school children through restrictions on the sale of foods high in fat, salt and sugar, such as chips, fried foods and sugar-sweetened beverages in and around school premises. To this end, it has directed the Food Safety and Standards Authority of India to implement its guidelines on making wholesome and nutritious food available to school children. The order was passed on a public interest petition that had sought complete ban on sale of such food items in and around schools. But

Delhi non-profit Centre for Science and Environment has said the judgement of the Delhi High Court, passed on Monday, is very significant as it amounts to recognition of the link between unhealthy food and growing incidence of obesity and non-communicable diseases.

“We welcome the Delhi High Court order in the junk food case, in which it has directed strict implementation of the guidelines for making available wholesome, nutritious, safe and hygienic food to school children in India,” said Sunita Narain, director general, Centre for Science and Environment (CSE).

“We would have liked a complete ban on the sale of junk food in schools, but what the Court has ordered is also very significant: restriction is an important step in recognition of the fact that this kind of food is bad for children, and must not be allowed in schools,” Narain added.

The court order is in response to a public interest petition of 2010, which sought a ban on sale of junk food inside and near school premises. In its order, the court directed the Food Safety and Standards Authority of India (FSSAI) to implement the guidelines for making available wholesome, nutritious, safe and hygienic food to school children in India. These guidelines were developed by a committee constituted by the FSSAI on court’s direction.

The guidelines provide a scientific background on how consumption of junk foods, high in fat, salt and sugar, is linked with growing incidence of obesity and non-communicable diseases such as diabetes and hypertension among children. Some of the key principles behind these guidelines are: “benefits of balanced, fresh and traditional food cannot be replaced”; “schools are not the right places for promoting foods high in fat, salt and sugar”; and “children are not the best judge of their food choices”.

The court has directed that the guidelines be given the form of regulations or directions as per the Food Safety and Standards Act, 2006, within three months to enforce their implementation across the country.

Narain said: “The guidelines are scientific, comprehensive and well establish the harmful effects of junk foods. The essence throughout the document is to not allow the availability of such foods in schools. If well implemented, maintaining the spirit of it, the guidelines will help avoid the looming health crisis in this country.”

She added: “The court has emphasised on time-bound enforcement across the country and has put immense faith in FSSAI. It could prove to be a milestone development towards addressing the growing burden of obesity, diabetes and heart disease—among other non-communicable diseases—in the Indian context.”

For schools in Delhi, the court has asked the administrator, Delhi, to consider issuing directions under Rule 43 of the Delhi School Education Rules, 1973 to follow the guidelines and ensure their compliance. The Court has suggested not waiting for regulations or directions from the food authority and taking necessary action by the end of April 2015.

For schools outside Delhi and those affiliated to Central Board of Secondary Education (CBSE), the Court has directed the Central Board of Secondary Education (CBSE) to consider this issue, take a decision on it and, if possible, see if it can include adherence to the guidelines or similar directions as a condition for affiliation or continued affiliation of the schools with CBSE.