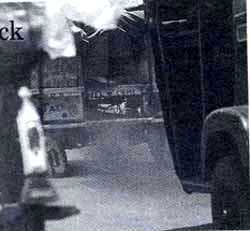 THE World Health Organization has identified New Delhi as one of the 10 most polluted cities in the world, a dubious distinction that Delhi now shares with other megacities like Mexico City, Seoul and Beijing.

According to the Central Pollution Control Board (CPCB), about 2,000 tonnes of pollutants are hurled into the Capital's atmosphere every day. The CPCB has identified four major sources of air pollution: emissions from more than 2.1 million vehicles; discharges from three power plants, a chemical factory, a pesticide plant and a cement-grinding factory; 40 hot-mix plants, and about 10,000 small and medium polluting industrial units.

Among these pollution sources, vehicular emissions account for about two-thirds of the city's atmospheric pollution. The bulk of automobile pollution -- 81 per cent -- comes from petrol-driven, two-stroke engines.