Outdoor air pollution is the fifth largest killer in India 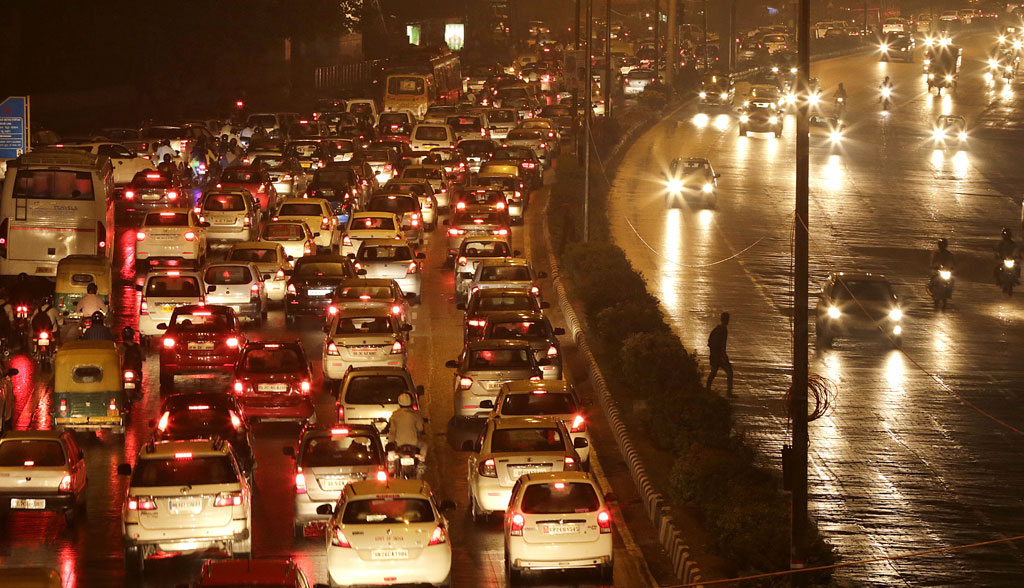 A new study has revealed that that air pollution in Delhi is responsible for approximately 10,000 to 30,000 annual deaths in the city. This means the capital city loses 80 lives every day to pollution from PM2.5.

The study also mentions that the deaths are mostly from heart attacks and strokes, rather than from respiratory disorders. Leading researchers of the study include Joshua Apte from University of Texas, Julian Marshall from University of Minnesota, Michael Brauer from University of British Columbia and Dr Aaron Cohen from Health Effects Institute.

According to a report published in 1997, the Delhi-based non-profit Centre for Science and Environment had said that “a stupendous 51,779 people are estimated to have died prematurely in 36 Indian cities due to air pollution in 1995”. The same CSE study had also said that Delhi was losing 10,000 people to air pollution annually. This data, according to another media report, translated to one death per hour. The numbers released by the non-profit were then also reported in other media publications across the country with the headline—Air pollution in Delhi has claimed more victims than the terrorists’ guns in India.

Now, with the recent study, it can be inferred that the number of people who died every hour in Delhi because of air pollution has increased by three times in nearly 20 years. The current study also emphasises that if no action is taken, these numbers could rise by 20 to 30 per cent.

Outdoor air pollution is the fifth largest killer in India. Till now, various studies have highlighted the issue. Global Burden of Disease study in 2013 had estimated approximately 627,000 premature deaths in India for 2010 due to PM 2.5 with ischemic heart diseases claiming more lives than respiratory diseases. It also estimated that air pollution from PM2.5 in the world claims as many as 3.2 million deaths per annum.  In 2014, the World Health Organization (WHO) had named Delhi as the most polluted city in the world, with 13 out of 20 most polluted cities in the world hailing from India. PM2.5 was again cited as the biggest source of air pollution in Delhi.

The recent study has mentioned that 45 per cent of Delhi’s premature deaths could be controlled if the city took preventive measures to control its problem of air pollution and meet its national ambient air quality standards. The safe standard for PM2.5 in India is 40 microgram per cubic metre (annual average standard), four times higher than the World Health Organisation (WHO) guideline (10 microgram/cubic metre). If Delhi could meet the standard laid out by the WHO, then 85 per cent of premature deaths could be avoided. The study has also used a global model to estimate the number of deaths that can be avoided in future by controlling this air pollution. Across India, 400,000 premature deaths per year could be avoided if we managed to meet the WHO standards. Almost 1.4 million premature deaths from pollution could have been prevented in India and China alone if these countries had met the WHO standard for annual average.

According to Apte, one of the researchers of this study, the research did not explicitly consider Delhi. The estimates for Delhi are his own extrapolation from the pan-India study that was conducted and the inference for Delhi has been drawn considering the local conditions in the capital city. The probablity of uncertainity in the results for Delhi is therefore more than what could be expected in rest of the study, he says.

In December 2014, CSE had classified the air in Delhi as “severely polluted” for over 65 per cent days. This would mean extreme health disorders for a healthy human being also. The release of national air quality index in India has not been very useful since the local air quality monitoring stations fail to generate data and there is little being done to monitor the situation. Due to insufficient air quality data, air quality index cannot be calculated in a number of cities for most of the days.

(This is an updated version of the story)