Delhi faces the same challenge of cleaning up its air as Beijing, but lacks aggression and stringency of action needed to protect public health 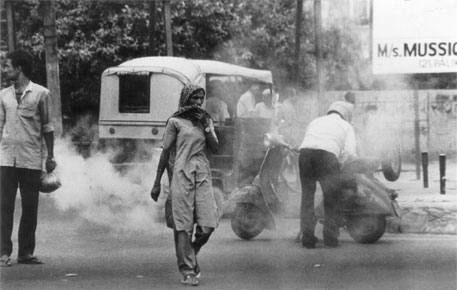 Delhi is fast replacing Beijing in notoriety as the iconic face of the Asian growth story and its pollution aftermath. A Centre for Science and Environment (CSE) assessment of the available air quality data for Delhi and Beijing and the review of air pollution control measures in the two capital cities shows that Delhi is losing the race very fast – it is already more polluted than the Chinese capital.

Both the cities face serious pressures to clean up their air; both have unique challenges. But Delhi seems to lack Beijing’s scale, stringency and frenetic pace of action. After years of consistent and aggressive efforts Beijing has evidence to show improvement in its air quality. But Delhi has lost its air quality gains.

Which city is more polluted?

CSE has reviewed and compared the available air quality data from the Beijing Environmental Protection Bureau, the Delhi Pollution Control Committee and the Central Pollution Control Board. The highlights of the CSE analysis are as follows (see graphs). 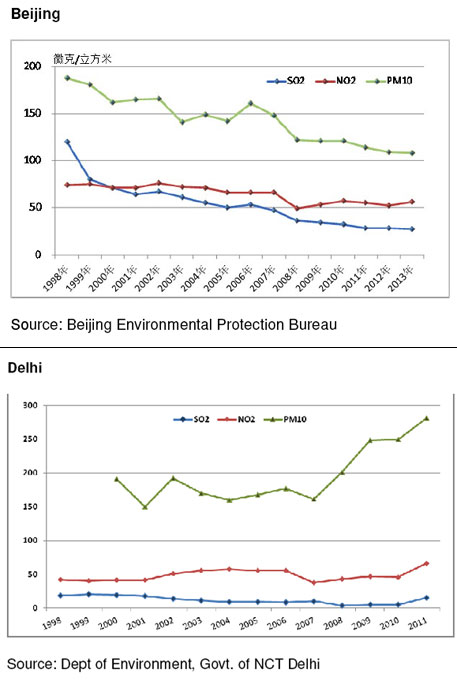 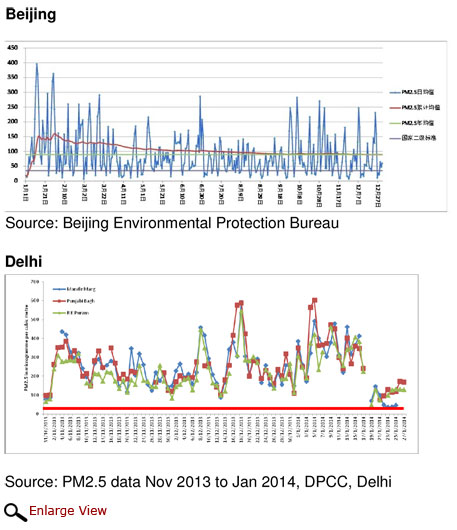 CSE has also reviewed the action taken by the two cities and found a lot more is happening in Beijing compared to Delhi.

What has Delhi done?

Cost of inaction: our health

CSE says that since 2000, at least one study a year has been published in Delhi to give clinching evidence of smog's toxic risk. Many of these studies have been carried out by doctors — from the All India Institute of Medical Sciences, Vallabhbhai Patel Chest Institute, St Stephens Hospital and others. Over the years, they have widely reported prevalence of chronic respiratory symptoms, increase in emergency room visits during winter for asthma, chronic obstructive lung disease, and acute coronary event. The reports show the genotoxic effects of vehicular fumes, vitamin D deficiency among Delhi children in polluted localities, which increases risk of developing rickets, and significant increase in eye symptoms and disorders in polluted areas (see 'Air pollution and health impact evidences').

As per the Global Burden of Disease report released last year, air pollution is the fifth largest killer in India. WHO has classified air pollution as a class 1 carcinogen –though policy response to all this information is very poor.

All soft options are exhausted for Delhi, says Anumita Roychowdhury, CSE’s executive director for research and advocacy and head of its air pollution team. The city needs aggressive and time-bound action to meet clean air standards and reduce public health risks, she adds.

Delhi will have to fulfill the 12th Five Year plan target of meeting the ambient air quality standards by the end of the plan period. This requires time-bound action plan for each source of pollution, especially vehicles that emit toxic fumes in our breathing zone. Agencies will have to be made accountable for meeting these targets. Restricting car usage, upgrading public transport with walking and cycling access, and leapfrogging vehicle emissions standards to Euro V and Euro VI and controlling dieselization are now the only options left for us.