Delhi to get Waterbodies Authority

Over half the 900 wetlands have been encroached upon

THE Delhi government plans to set up a Waterbodies Authority for proper restoration and maintenance of lakes and wetlands in the city. The proposal to bring all waterbodies under one umbrella came up at a recent review meeting of waterbodies’ restoration work. 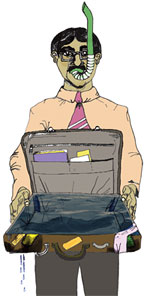 Currently, lakes and wetlands in Delhi are under different land owning agencies namely the Delhi Development Authority, Delhi Jal Board, Municipal Corporation of Delhi and the Public Works Department. This makes their monitoring difficult. The proposed authority will be formed on the lines of the Lake Development Authority in Bengaluru, which is an autonomous regulatory, planning and policy body for protection, conservation, regeneration and integrated development of lakes.

The authority, which will be set up under the Department of Environment, will involve experts from the fields of water, civil engineering, horticulture and forestry. The department’s Parks and Garden Society will implement the revival and restoration works through public private partnerships. Sukhdev Singh, chief executive officer of the society, says interested industries, corporations and resident welfare associations or panchayats will be roped in for the development of the lakes. The government agencies will provide technical inputs and monitor the revival projects. The society will also invite renowned non-profit organisations for technical suggestions. Geographic Information System will be used to mark the boundaries of each waterbody, Singh adds.

The proposal is the outcome of a public interest petition filed in the Delhi High Court in 2000 by Tapas, a non-profit, for saving waterbodies in the city that are important for groundwater recharge but are under constant threat from encroachment and pollution. In 2006, the high court formed a three-member committee of advocates to find out the exact number of water bodies in Delhi.

The committee carried out a survey for five years and concluded there were about 900 water bodies across the city. Its report was discussed at the recent meeting. “We arrived at the figure considering that there will be at least one pond in each village,” says Arvind Sah, a member of the committee and advocate of Tapas. “However, 400 or less wetlands exist currently and almost all of them are dry or polluted. Most remain polluted by raw or partially treated sewage, he adds.

Sponsoring a scarcity
Bengaluru lakes to get facelift