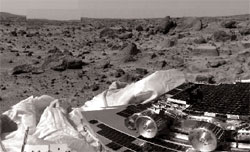 While dam-busting, engineers should take care to save the entire river
system from degradation

After the dam disappeared with a loud roar and a bang, within a few weeks, the fish was back jumping in the free running water. Following this incident which is considered a turning point in the US’ history of hydroengineering, in Maine, the Kennebec Coalition is fighting to have the Edwards dam on the Kennebec river in Augusta demolished. Several dams on the Rogue river in Oregon and the Snake river in Idaho face a similar fate. Plans are also on the anvil to dismantle two dams on the Elwha river in Washington State. Organisations like the Trout Unlimited and American Rivers aim to take their campaigns to Washington DC. Under the umbrella of the Hydropower Reform Coalition, these groups are challenging federal government plans to relicense about 500 dams that have been operational for 50 years. Activists in Tasmania want the dam on the Franklin river dismantled so that the pink quartz beaches of Lake Pedder which were submerged by the reservoir, be uncovered. And in France, the environmental group SOS Loire has convinced the government to remove the Saint Etienne du Vigan dam on the upper Allier and the Maisons-Rouges on the Vienne river to restore passages for migratory fish through the upper Loire Valley. However, campaigners are of the opinion that for dismantling a dam, engineers must consider the entire river system, not just the concrete structure itself. Although, smaller dams like the Newport Number II may pose relatively lesser problems, costing just about $1 million to be removed within six weeks, large ones would present several problems, and even cause degradation to the environment. A nightmarish example on hand is the Fort Edwards dam on the northern stretch of the Hudson river in New York State, whose removal in 1973 caused environmental problems that are persistent even today. It is only now that the engineers are bringing together the expertise gained from two decades of removing dams. The American Society of Civil Engineers is looking at the lessons they have learnt so far and publishing technical guidelines for dam removal. According to Stephen Born, professor of planning and environmental studies at the University of Wisconsin, communities residing around dams want to ensure that dam removal improves river environment rather than degrades them. Born’s research shows that people are particularly worried about sediments in water which may be toxic. Inside a reservoir, organic material decomposes by using up the oxygen and leaves the water acidic. This in turn, reduces heavy metal salts to insoluble metals; iron, manganese and other metals accumulate in sediments at levels that prove fatal for the wildlife. Once liberated, the sediments wash downstream over fish spawning areas, damaging aquatic species habitats and altering water channels. Most often, all that is left after draining is a foul-smelling mudflat. “Over time, systems will stabilise,” says Born, “Excess sediment will be flushed out and water quality will be reestablished.” He argues that a carefully planned strategy for sediment removal and restoration can minimise the impact of the damage. In the longterm, environmental gains should outweigh any losses. For instance, a recent report from the Bureau of Reclamation showed that removing the Savage Rapids Dam on the Rogue river in Oregon could generate as much as $5 million a year from fishing alone. Ã”Ã»Ã¡