'Development in Telangana should be participatory'

Eminent economist and former Planning Commission member, C H Hanumantha Rao, speaks to M Suchitra on the aspirations of people of Telangana. Rao is presently honorary professor at the Centre for Economic and Social Studies (CESS) 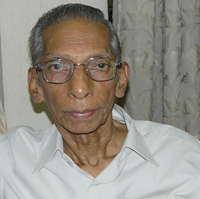 If a new Telangana state is formed, what should be the priorities of the state?

In my opinion, the first priority should be social inclusion. Now people have high hopes. They truly believe that once the new state is formed it will provide them opportunities and prosperity which they never had in the united Andhra Pradesh. Better education, better employment and better life.

Unlike the other two regions, coastal Andhra and Rayalaseema, 90 per cent of the population in Telangana belongs to the Scheduled Castes (SC), Scheduled Tribes (ST), Other Backward Communities (OBC) and minorities. The movement has given immense hope to these deprived communities. Their aspirations have to be fulfilled. Otherwise there will be unrest.

Also, the development process should be participatory. Everybody needs to feel he or she has a stake and the benefit has to reach them. Decentralisation of power should be efficiently implemented and through strengthening local bodies. Then, of course, infrastructure development, including irrigation facilities, improving water availability and agriculture are very important. Restoring tank irrigation is important in Telangana region. Then, there is the unfinished task of land distribution to the landless.

Is it correct to say that Telangana is economically backward?

No. In fact, Telengana's Gross State Domestic Product (GSDP) is higher than that of a few small states like Goa, Chhattisgarh, Jharkhand and the North-eastern states. Telangana's GSDP has overtaken that of Rayalaseema post- reforms. This is because of the inward flow of capital. Most of the investment and skilled labour came from coastal Andhra. The unrest in the region is not because of lack of development. It’s because of the unequal sharing of benefits. You should look from the angle who benefitted from the economic growth and how much they benefitted.

You mean Telangana people did not benefit from the investments?

Yes. The migrant investors benefitted but not people in the Telangana region. If Telangana was a separate state, the economic growth would have been higher, people would have benefitted more from the growth. That’s why people demand separation and all classes of people are behind the movement.

The latest human development report of Andhra Pradesh puts some of the Telanagana districts in a better position. What’s your opinion on the matter?

That’s right. Srikakulam and Vizianagaram occupy the lowest position in the human development index (HDI). Anantapur in Rayalaseema and Mehabubnagar and Adilabad in Telangana are also lagging behind. But HDI is derived taking into account a few indices like per capita income, infant mortality rate and literacy. When it comes to real development, I feel, HDI is a limited index. For instance, it does not take education, employment, history, culture and tradition into account. Telangana has a tradition of land struggles and resistance. Even the Srikrishna Committee that looked into Telangana issue observed that since the formation of Andhra Pradesh, there was political and economic domination from Coastal Andhra and Rayalaseema. Rayalaseema may be backward in HDI but people there are form the political, bureaucratic and professional elite in the state.

Do you think the leaders of the movement will be committed to solving the issues of common people in Telangana if a separate state is formed?

They will have to. Otherwise, there will be more tensions. How can the government and the state afford to ignore 90 per cent of the population? So much hope has been rekindled in the minds of people in Telangana. That’s why I said the whole process should be participatory. Nothing will come without political clout. In a smaller state, deprived sections can assert themselves better and have more say in decision-making.

But going by the experience of Chhattisgarh and Jharkhand, smaller states may not benefit the deprived sections. What do you say?

Chhattisgarh, Jharkhand and Uttarkhand have better economic growth than their parent states. And if there’s unrest it’s because people are asserting themselves more.