Did life exist on Mars? NASA's 2020 mission to seek answers

US space agency aims to launch new rover to explore whether the Red Planet has an environment that suggests capability of supporting life, or past habitability

Year 2020 could prove to be a milestone in humanity’s search for extraterrestrial life and will set the stage for future human exploration of Mars. Seven years from now, NASA is scheduled to send a new rover to the red planet to search for signs of past life and to collect and preserve dozens of core samples for future analysis on Earth. Such a mission has never been undertaken before.

A team of 19 NASA-appointed engineers and scientists under the name Science Definition Team (SDT) developed the 2020 Mars mission concept report over a six month planning period. The report, released July 8, outlines the major objectives of mission. The first goal is to explore an environment that suggests capability of supporting life as we know it, or past habitability. Habitability requirements include water, nutrients, energy, and conditions favourable for life. NASA’s Opportunity and Curiosity rovers, currently on the surface of Mars, have already provided substantial evidence that Mars was once a watery planet and could have hosted microbial life.

Once favourable conditions are located, the subsequent goal is to assess that environment’s potential to preserve signs of past life. Signs of life are called biosignatures, and are most likely hidden in sedimentary deposits. Once the biosignatures are discovered, as many as 31 core samples will be collected and preserved for future retrieval.  Currently, the technology does not exist to bring the rover and the core samples back to Earth. Assuming life occurred at the microbial level, analysis in a laboratory on Earth is the only way to accurately and meticulously analyse the samples.

Lindy Elkins-Tanton, a member of NASA’s Science Definition Team told Down To Earth: “SDT designed the recommended mission carefully so that it could be successful in its search for habitability and preservation of biosignatures even without return of the samples, though return is the greatest goal.” 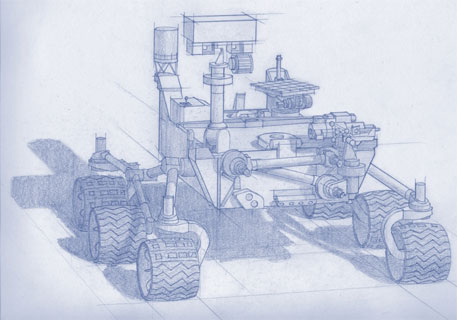 The 2020 mission rover, which will take after Curiosity’s structural components, is set to be launched in July or August of 2020. Eight to nine months later, it will land on the surface to begin its data collection and analysis over the period of one Mars year (approximately 669 Earth days). The rover will be capable of analysing geological and chemical components of dust down to the microscopic scale in order to ascertain the viability of past life.

Elkins-Tanton explained the 2020 mission could help tell the story of the origin of life on Earth and other planets. “The biggest thing this mission might be able to tell us about Earth is whether we had sister life on our neighbouring planet. With returned samples, we may even be able to tell whether any life on Mars came from a common ancestor with Earth (life may have been spread through impacts and meteorites) or whether it arose separately,” she said.

When asked the probability of finding signs of life on Mars, Abigail Allwood, NASA SDT member, gave this perspective:

“Just think about this,” she urged, “ The ALH 84001 meteorite back in the 90's was reported to have evidence of life… and that's a piece of rock that was randomly put on to Earth sometime in the past. It was a really tiny fraction that was not carefully selected and yet it had something in there that was really intriguing from an astro-biological perspective. So now you take this scenario of going to a carefully chosen site, and the chances of finding something there (on Mars) would have to be much greater than the chances of finding something potentially biological in a meteorite flung to Earth, I would think.”

The final goal of the 2020 mission will be to demonstrate technological progress toward future human exploration. It will provide a major stepping-stone for President Barack Obama’s challenge to send humans to Mars in the 2030s.

The release of the 2020 mission goals comes just three months prior to Indian Space Research Organisation’s scheduled launch of the Mars Orbiter Mission, a satellite equipped with five data collection instruments. The ISRO satellite will help to provide valuable information about the surface of the red planet, information that could be used to help determine the most desirable landing site for the 2020 rover.